Infinite to perform in an intimate venue

Infinite to perform in an intimate venue 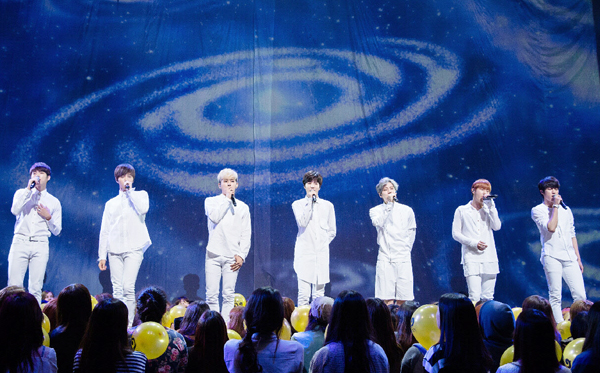 Local news outlets reported yesterday that seven-member K-pop band Infinite will hold a concert in a small theater in August, which isn’t typical for an idol group.

The band’s agency Woolim Entertainment revealed yesterday that Infinite is going hold a concert under the title “That Summer Concert 2” for two weeks in August at the Blue Square, located in Hannam-dong, central Seoul. The venue has a capacity of 2,300 people.

The move was unexpected considering the rising popularity of the idol group, which is more than enough to fill a 10,000-seat stadium.

“We designed the concert’s concept out of a wish to form a more intimate relationship between the members and the fans,” explained the agency.

“If conditions allow, we want to make ‘That Summer Concert” series as Infinite’s brand concert. … The small-scale concert will let fans catch even the very detailed facial expressions of the members.”

The ticket sales for the group’s upcoming concert will start next Wednesday.