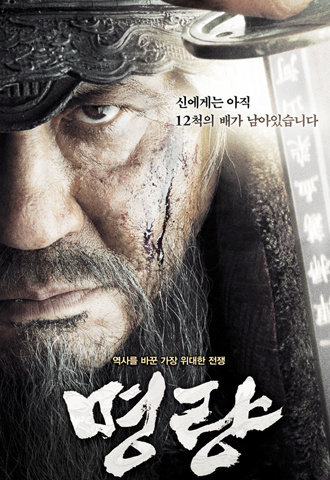 The video teaser for director Kim Han-min’s new costume drama “Roaring Currents,” which depicts the Myeongnyang Battle in the Joseon Dynasty (1392-1910), was released yesterday, and made the list of the most-searched terms across major domestic search engines.

The Battle of Myeongnyang took place in the sixth year of the Imjin War (1592-1598), when Admiral Yi Sun-sin and his 12-ship fleet forged a remarkable victory against 330 Japanese warships.

With an ensemble cast, which includes Ryu, Choi and Jo Jin-woong, the movie is expected to have strong ticket sales potential. Director Kim already pulled in an audience of more than seven million for his last historical film, “War of the Arrows” (2011). Movie critics have high hopes for “Roaring Currents,” which opens on July 30.