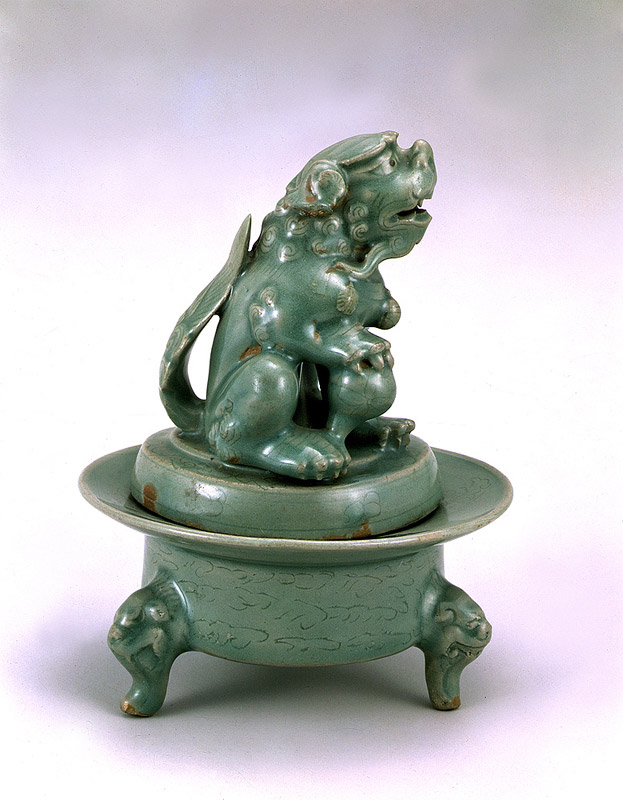 This celadon incense burner made in the golden period of the Goryeo Dynasty, in the 12th century, is 21.2 centimeters (8.3 inches) in height and 16.3 centimeters in width. It consists of an incense burner and a lion-shaped lid. It is supported by three clawed feet and its edges are thinly traced with cloud patterns.

The lid is in the form of a lion sitting on a pedestal covered in floral patterns. With one knee bent, the lion faces forward and its pupils are expressed by black dots on the eyes. The hair on its neck and bottom is expressed in swirls, and the tail that curves along its back strikes upward. The glaze shines subtly in a blue hue.

The smoke from the incense, which is lit in the burner’s main part, travels through the lion’s body and gushes out of its open mouth, revealing a neat and beautiful form that proves the high standard of celadons from the period. In the beginning of the 12th century when jade-green celadon reached its peak, many celadons that depicted the shape of propitious animals or plants were made.