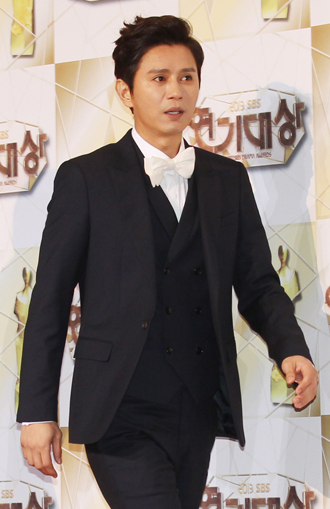 Actor Kim Min-jong confirmed his role in an upcoming TV drama, two years after he took a TV role in the SBS series “A Gentlemen’s Dignity.”

He will play a master of the sword named Na Cheol-ju during the Joseon Dynasty (1392-1910) in the period drama.

Kim’s persona as a warrior is certainly exciting, but his character also enjoys reading romantic novels - adding more of a mellow side to his rugged self.

“I’m so happy to be a part of this drama, and I will put efforts to make my character more charming,” Kim said.

Actor Han Suk-kyu, globally known for his role in the 1999 film “Shiri,” has also confirmed his part in the drama. The program will air after “Seduction” with Kwon Sang-woo and Choi Ji-woo, which starts on Monday.