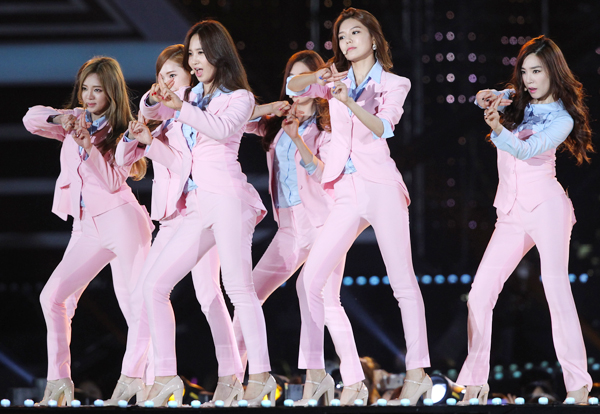 Korea’s leading girl group Girls’ Generation wrapped up their third Japanese tour on Sunday in Tokyo, according to their agency SM Entertainment yesterday.

The tour, which started on April 26 in Fukuoka, included six more stops in the country’s major cities - Kobe, Nagoya and Osaka - where they performed 17 concerts that saw some 200,000 local fans. The last leg of the tour was held in Tokyo from Friday to Sunday, with each performance lasting three hours. The group’s nine girls performed up to 28 songs, covering their hit tracks like “Gee,” “I Got a Boy” and “Mr. Mr.” During the concert, the girls also gave a live performance of “Indestructible,” a new ballad that will be included in the group’s upcoming Japanese album “The Best,” to be released on July 23.

After the concert, Yu-ri posted two selfies on her Instagram account, along with a caption stating that the Japanese concert tour will be an “unforgettable memory.”