Shinhwa’s Shin to duet with Im

Shinhwa’s Shin to duet with Im 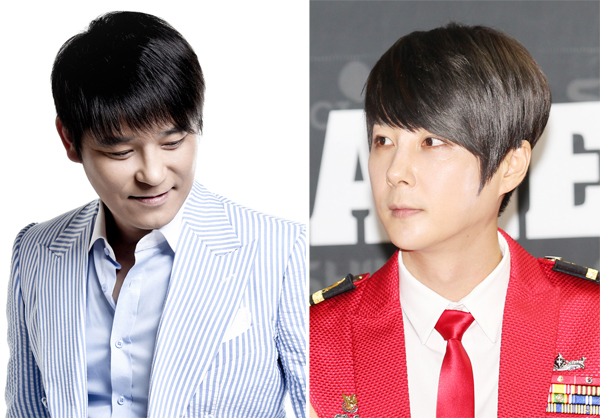 Shin Hye-sung, right, a member of the popular 1990s boy group Shinhwa, will be releasing a duet with Im Chang-jung.

The song is a remake of “Doll,” which he sang with another local singer, Lee Ji-hun, in 2001. Shin pursued Im for the duet, said an official at Shin’s agency, Live Works Company, according to local media reports.

“Shin said that he really wanted to sing the song ‘Doll’ with Im, and his dream came true,” said the official.

The song will be part of Shin’s project, “Once Again.” The singer has been working on recording songs that were popular years ago to celebrate his debut as a solo singer a decade ago. He will release one song a month until the end of the year.