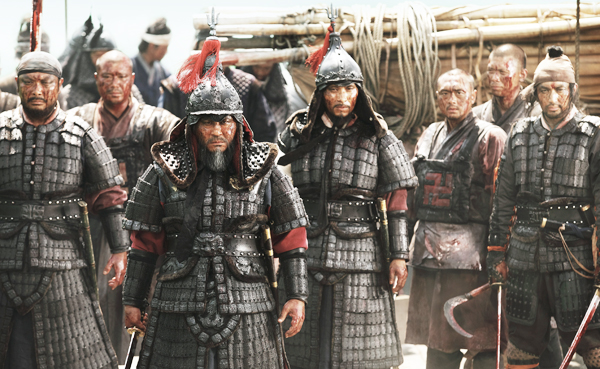 Only 12 days after the period film about Admiral Yi Sun-sin of the Joseon Dynasty (1392-1910) hit local theaters last month, the movie became the 10th Korean movie to sell more than 10 million tickets.

But it did it the fastest. It reached the 10 million mark at 8 a.m. yesterday.

The movie shortened the existing record held by 2006 film “The Host” by nine days.

The film has been ballyhooed by local media from the start after it had the industry’s largest opening day on July 30.

It is breaking just about all records at the Korean box office.

Now the big industry question is whether “Roaring Currents” will beat the record set by the Hollywood film “Avatar.”

That is the movie that brought the most people to the theaters in Korea with 13 million tickets sold.