Ex-Kara member to debut in Japan

Ex-Kara member to debut in Japan 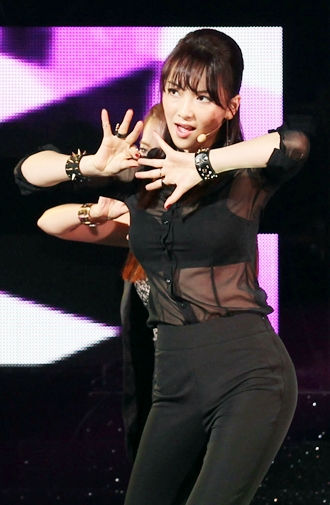 Kang Ji-young, a former member of K-pop girl group Kara, will make her acting debut next month in a drama produced in Japan, a news outlet there reported yesterday.

Oricon Style wrote that Kang will act in “Jigoku Sensei Nube,” a drama inspired by a comic book series of the same name. She will play an obstinate, possessive female character who causes trouble among others, the Japanese news outlet said.

“I very much enjoyed reading the comic book,” Kang told Oricon Style. “The role that I play relates to my actual persona in that we both hold zeal for whatever we lay our eyes upon.

“I’m willing to do my best so the viewers will adore my character on-screen,” the actress added.

The producers said they cast Kang because she has a “pure-white image” and a charming smile, Oricon Style wrote.

After dropping out of Kara earlier this year, Kang flew to London in April to learn English and take a break from her career. During her stay, media reports surfaced that she met with executives from the Japanese entertainment agency Sweet Power, which is behind prominent actresses like Maki Horikita.