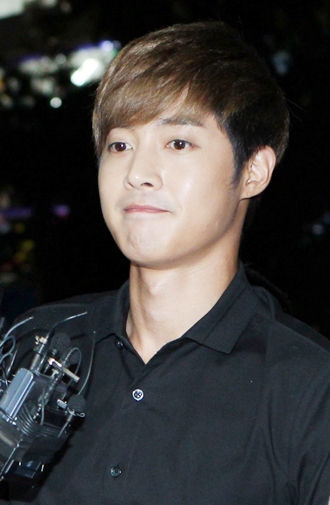 Singer-actor Kim Hyun-joong, 28, well known for his role in the KBS drama “Boys Over Flowers” (2009), posted an apology on his official website Monday after being accused late last month of beating his ex-girlfriend on numerous occasions earlier this year.

“I feel so sorry to have physically and mentally hurt the person I loved and trusted for the past two years,” he wrote in the statement, in reference to his ex-girlfriend who, according to local media, is not a celebrity.

“I feel ashamed, as a man, to have committed an act I shouldn’t have,” he continued, adding that the series of abuse was “completely” his fault. “I beg her for mercy. Having learned from this experience, I will try to live more righteously in the future.”

As of noon yesterday, local media reported that Kim’s ex-girlfriend is currently considering withdrawing the suit.

The case, which dates back to Aug. 22, has tarnished the princely image of the star. It began when a woman claiming to be his ex-girlfriend filed a police complaint charging that the singer had repeatedly beaten her over the course of several months.

Local media was soon flooded with reports that one altercation had left her with a broken rib.

Before the star acknowledged he had committed physical abuse, he announced through his agency, Key East, that the broken rib was accidental and due to a “prank.”