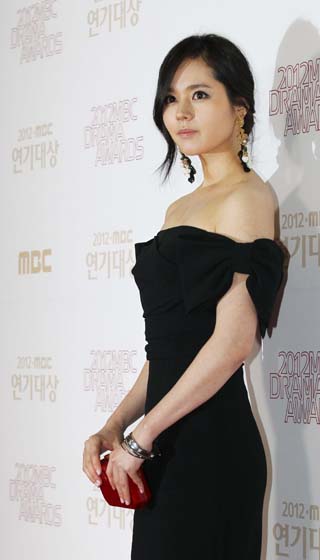 Just months after actress Han Ga-in made national headlines with news of her pregnancy, her agency announced through a press release yesterday morning that she had a miscarriage earlier this year.

“Not long after we delivered the exciting news about Han Ga-in’s pregnancy, she unfortunately had to endure the pain of a miscarriage in May, just nine weeks into her pregnancy,” BH Entertainment wrote yesterday.

The agency apologized for belatedly informing the public about the news, but that it hopes people would understand why such a decision was made.

“Her family needed time to heal the wound,” said the company.

Han will take a break from acting for the time being.

Han, 32, tied the knot with actor Yeon Jung-hoon, 35, in 2005 after meeting him two years earlier through the KBS drama “Yellow Handkerchief.”

Her latest project came in 2012 with the movie “Architect 101,” in which she played the grown-up version of the singer Suzy’s character.

Yeon was recently cast to play the lead role in a romance film about car racing. His acting partner was reported to be actress Park Han-byul, 29.