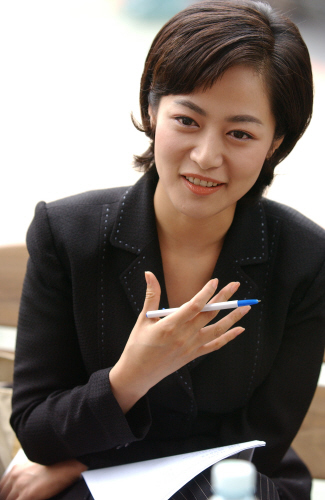 A year after former MBC news anchor Kim Ju-ha, 41, filed for divorce, the Seoul Western District Court ordered her husband on Sunday to pay Kim the nearly 300 million won (about $284,700) he promised her after he got busted for having an affair, local media said yesterday.

Kim reportedly wrote an oath for her husband, surnamed Kang, to sign, which dates back to Aug. 19, 2009, when Kim found out that he had been having an extramarital relationship for two years.

Kim, who now works as a news reporter for MBC, demanded that Kang pay her 327 million won by Aug. 24, 2009, which includes the money he received from her parents and living expenses he paid on behalf of his then-girlfriend.

Kang refused to pay Kim the money when she took the case to court earlier in April, claiming that the couple managed to sustain their marriage after he signed the contract, and that the vow was made simply to show his commitment.

But the court ruled in favor of the journalist, judging that the agreement is valid despite the long term of inactivation.

Kim filed for divorce late last year after tying the knot in 2004. Her husband allegedly beat her and hid the fact he was a married man when the two were dating.