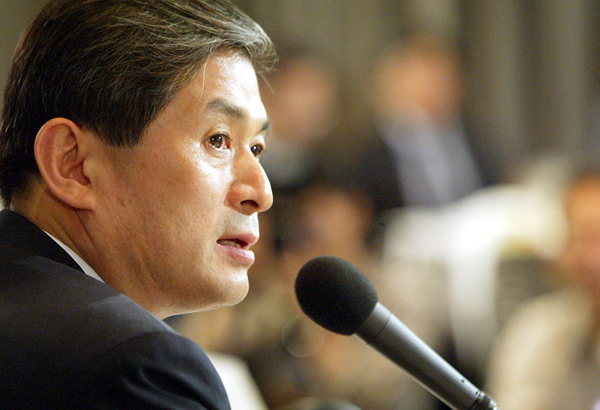 Hwang Woo-suk, 61, was once considered Korea’s answer to British physicist Stephen Hawking. In a country where scientific research performance lags behind other advanced nations, he was seen as the light at the end of a dark tunnel.

The country ranked No. 12 last year in terms of scientific influence and work, according to the Scimago Journal and Country Rank, a portal that measures and analyzes scientific indicators. The United States came out on top, followed by China at No. 2, the United Kingdom, Germany, Japan and France. 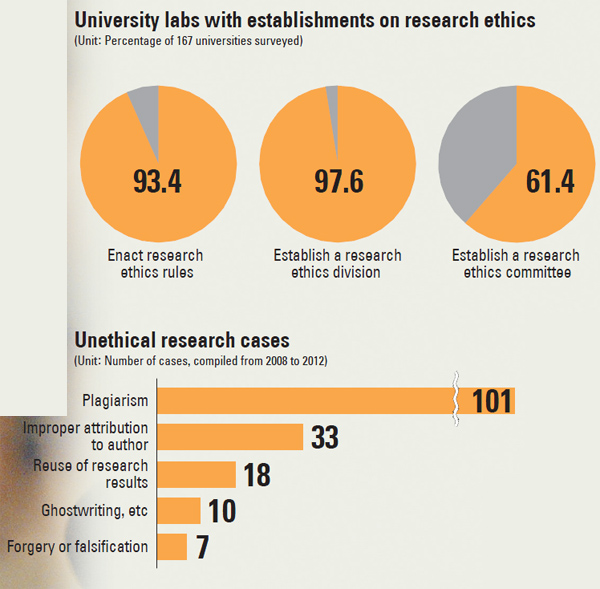 Hwang, a once-famous stem cell pioneer and animal-cloning specialist, came under fire in 2005 when it was revealed that his stem cell research was fraudulent and ethically flawed.

The Seoul National University (SNU) professor was fired from his position in 2006 and convicted of exaggerating his research as well as embezzling 2 billion won ($1.8 million) in sponsorships. Those convictions are currently under appeal. 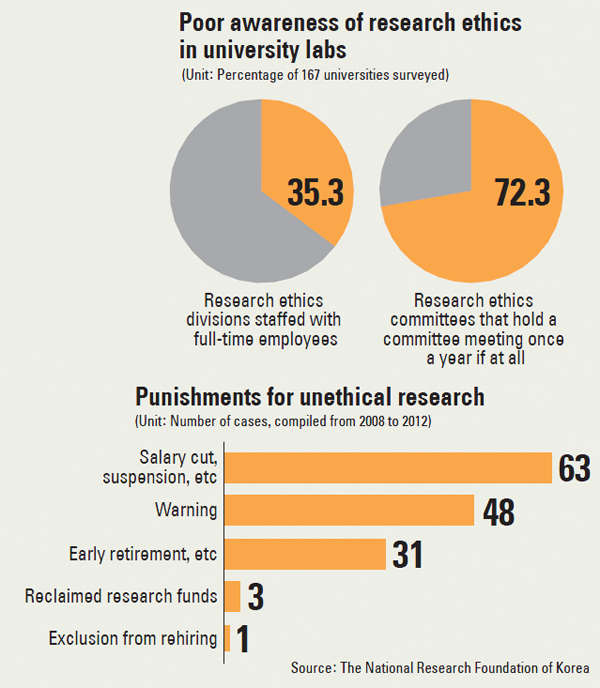 Looking back on the past decade since the scandal first surfaced, the Korean Federation of Science and Technology Societies launched a forum Thursday to discuss the role of ethics in science and how matters have improved in local labs.

The International Forum on Research Ethics 2014 wrapped up yesterday at SNU in Gwanak District, southern Seoul, with researchers who previously worked with Hwang taking part, among others.

One of Hwang’s former colleagues, Ryu Young-joon, currently works as a professor at Kangwon National University School of Medicine in Chuncheon, Gangwon.

For years, Hwang’s supporters harassed him for what they claimed was a conspiracy to discredit the former professor. He has kept a low profile since, and yesterday was among the first times he discussed the situation.

“The Hwang Woo-suk scheme was an entire package of scientific misconduct,” Ryu said. Hwang “used research as a tool to maintain social power,” rather than to seek the truth.

The case has promoted awareness about ethical research in the scientific community, Ryu continued, though “knowing and actually doing are two completely different things.”

Of the 167 university labs recently surveyed by the National Research Foundation of Korea, 97.6 percent have divisions on research ethics and 61.4 percent have an ethics committee.

“After the Hwang Woo-suk scandal, Korea’s bioethics laws have improved at meteoric speed,” said Kim Ock-ju, a medical professor at SNU who lectured about bioethics governance at the forum. “But there’s a limit to regulating life ethics by law. It must be ingrained in our culture.”

As for Hwang, the Supreme Court sided with SNU earlier this year, saying the school had every right to fire him. The decision rejected a lower court’s ruling that Hwang be reinstated at the school.

In his suit, the troubled researcher claimed that the university’s investigation into his activities did not use credible evidence.