A man who went fishing in Hadong County, South Gyeongsang, found a fossilized skeleton of a carnivorous dinosaur, including a skull and a jaw, the Cultural Heritage Administration (CHA) announced on Monday.

Although bone parts of carnivorous dinosaurs have been found in Korean soil in the past, this was the first discovery of a skeleton with a skull.

Last October, a man who went fishing in the region reported the fossils to state authorities. After a preliminary analysis co-conducted by the National Research Institute of Cultural Heritage and the Korea Geological Heritage Research Institute of Chinju National University of Education, it was concluded that the fossils were indeed those of a dinosaur that walked on two legs and had a meat-based diet. 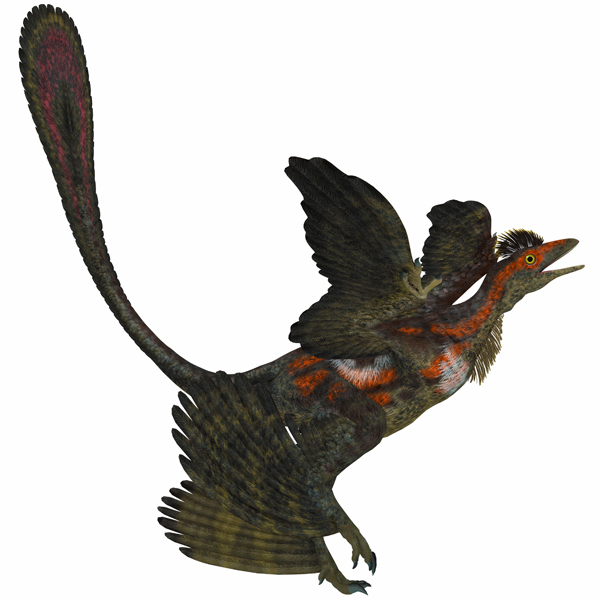 The dinosaur is believed to be something like a Microraptor (above), a bird-like dinosaur that ate insects or other animals.

“Based on the findings so far, we assume that the dinosaur is something close to a Microraptor or others in the raptor genera,” said Lim Jong-deock, chief curator of the National Research Institute of Cultural Heritage. “However, it’s uncertain at this stage exactly which type of dinosaur it was, and there is a chance that it is a new type that hasn’t been reported to academia as of yet.”

Microraptors are bird-like dinosaurs from the Cretaceous period. They measure between 77 and 90 centimeters (30 and 35 inches), weigh just one or two kilograms (2.2 or 4.4 pounds) and have feathered wings. They were the smallest carnivorous dinosaurs and were believed to have eaten insects or other animals.

Globally, fossilized bones of an entire small dinosaur are extremely rare, Korean officials say, making up less than 1 percent of all dinosaur fossils found. Skeletons with a skull are even rarer.

Experts also noted that the fossils included a connected spine and ribs, adding that there has to be more research as to what accident led to the fossilization. It would take at least one year, they say, to completely separate the bones from the rocks.

Next to the fossilized dinosaur was another set of fossilized bones, which appear to belong to another dinosaur, although not an entire body. Still, experts noted, it could mean that there were two of the creatures at the site.