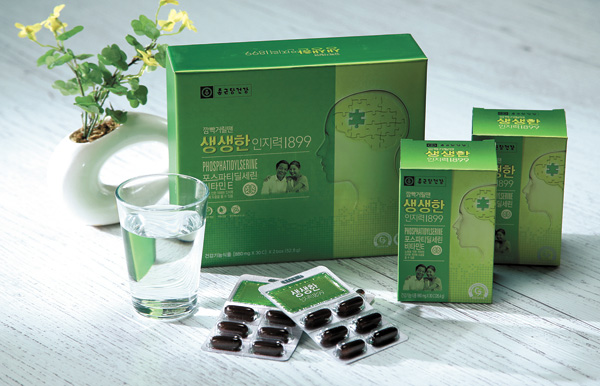 Taking Vivid Cognition 1899 supplements is a safe and convenient way to prevent loss of cognitive abilities and memory as well as dementia. Provided by the company

Vivid Cognition 1899 - named after its intention to maintain an 18-year-old’s memory to 99 years of age - consists of phosphatidylserine, a component found in brain cells. Taking the supplement protects brain cells from external shocks and also activates acetylcholine, a neurotransmitter for brain cells.

In an experiment with subjects over the age of 40, it was found that a daily intake of 200 to 300 milligrams of phosphatidylserine for up to twelve weeks significantly helps to preserve memory and cognitive abilities. Even people who have already experienced memory loss saw noticeable changes after taking the supplement.

The product contains tocopherol, an antioxidant and a major source of Vitamin E. Omega-3 fatty acids and garlic oil are also included to improve blood flow to the brain.

Most importantly, Vivid Cognition 1899 is safe for the body, deriving the phosphatidylserine from natural soy extract.

The supplement makes it easy to get an amount of the component that would otherwise be impossible to consume; two pills of Vivid Cognition 1899 contains phosphatidylserine equivalent to that in 28 kilograms (61 pounds) of soybeans.

“Loss of cognitive ability and memory are natural signs of aging, but overlooking them can lead to dementia,” said an official at Chong Kun Dang Healthcare. “Taking supplements like Vivid Cognition 1899 is crucial to preventing serious harm in the future.”