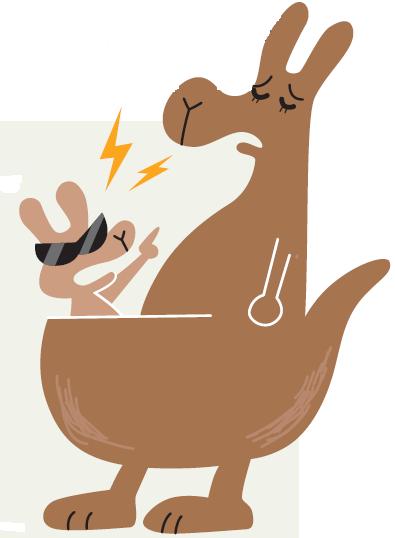 Many Koreans in their 20s to 40s identify themselves as “kangaroo tribesmen,” a term for people who depend on their parents either financially or emotionally or both.

Nearly 16 percent said they “felt more peaceful after getting feedback from parents when making major decisions.” Around 15 percent responded they were “neither financially nor emotionally independent” from parents.

The reasons for remaining dependent on parents included the high cost of housing (65 percent) and of living in general (64 percent). Nearly 21 percent said they “felt happier and comfortable living with parents,” while nearly 21 percent responded that they “did not have the courage to be independent.” Multiple answers were allowed. 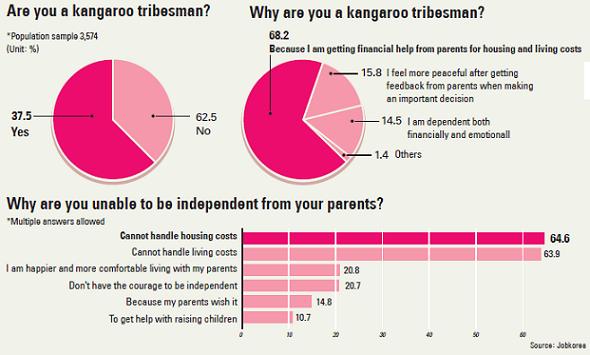 Close to 15 percent said they “did not feel the need to live independently.”

In terms of age, nearly 44 percent of people in their 20s said they were dependent on parents, while close to 34 percent of respondents in their 30s said so. The affirmative response rate in the 40s age group was 18 percent.

Despite the relatively large numbers, the general perception of dependent kangaroo tribesmen was negative, the survey showed.

When asked about kangaroo tribesmen who are emotionally dependent on parents, they said those persons seemed “immature” (65.4 percent), unstable (45 percent) and incompetent (43.7 percent). Close to 26 percent said they felt pity for them. Multiple answers were allowed in this section.

More than 10 percent responded, “as long as you can.”