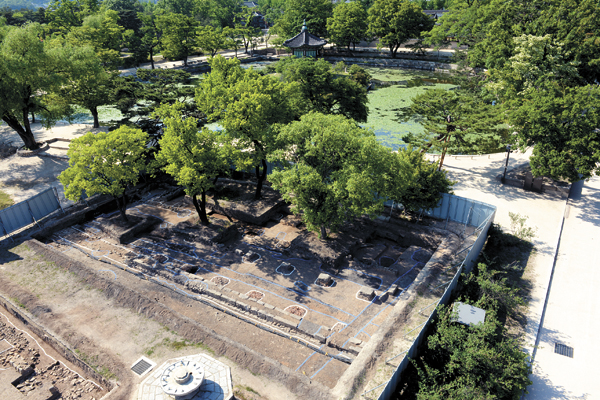 Archaeologists have discovered the exact site of Korea’s first electric light bulb plant, located south of a pond within Gyeongbok Palace.Provided by the Cultural Heritage Administration

When Koreans first encountered electric light in the late 19th century, they came up with many nicknames for it.

Historical records say the lights were turned on at Gyeongbok Palace for the first time at some point between January and March 1887 - seven years after Thomas Edison’s electric bulb was patented.

The move came after an 11-member delegation created by King Gojong (1852-1919) of the Joseon Dynasty (1392-1910), that was sent to the United States in 1883 after establishing diplomatic relations with the nation a year earlier, proposed the idea to their leader.

Korea signed a contract with the Edison Electric Lamp Company in 1884 as a result and brought the artificial light to the palace grounds. 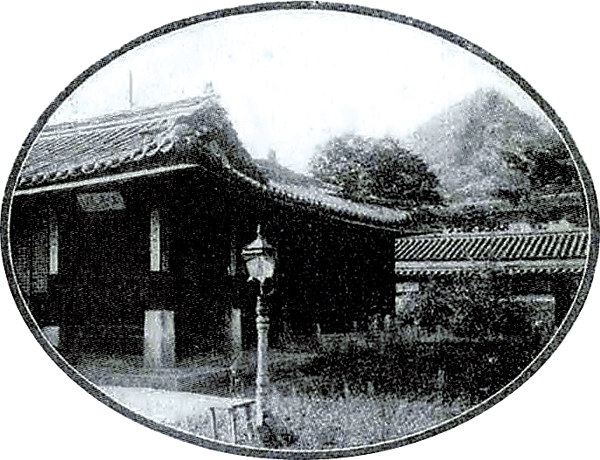 Records say electric lights were turned on for the first time in Korea in the palace sometime between January and March 1887. Provided by the Cultural Heritage Administration

Korean archaeologists found traces of a light bulb plant south of Hyangwonji Pond within Gyeongbok, the National Research Institute of Cultural Heritage said last week when it announced the mid-stage results of a large-scale, long-term restoration of Joseon’s main palace.

“It’s notable how Korea adopted electric light only seven years after the electric light bulb was patented,” the institute’s director, Ji Byeong-mok, told reporters at the press event on Wednesday.

“It’s also interesting how King Gojong pushed ahead with adopting the modern equipment, even though the [Joseon] state was faltering and unstable.”

Before the excavation, which began last year, Korean historians thought the plant had been situated north of the pond.

“The biggest outcome of the excavation is that we were able to discover the exact spot of the first Korean electric light plant,” the institute’s director general, Ghang Soon-hyoung, said.

Part of the reason the plant was built south of the pond, rather than north, was probably to keep it slightly farther from Geoncheonggung, historians said. 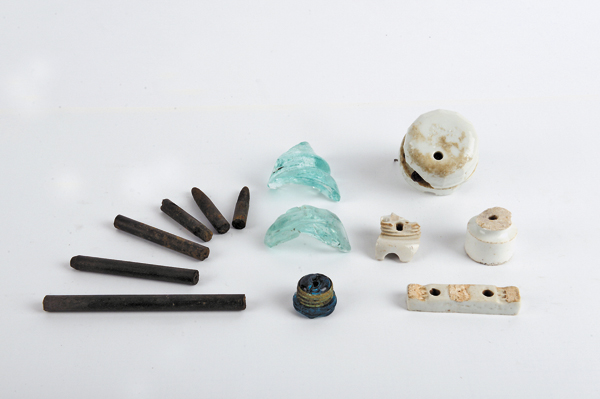 Findings from the site included carbon rods and pieces of glass. Researchers discovered that the lights were “carbon arc lamps” and not incandescent lamps.

Geoncheonggung, situated in the northernmost area of the palace grounds - very close to the Blue House - was the residence of King Gojong and Queen Min (1851-95).

Records say the king particularly loved Geoncheonggung and often stayed there with the queen, although today it is known more as a tragic place as it was where she was assassinated by the Japanese.

The excavation also found relics related to electric bulbs, including carbon rods and pieces of glass. One shard even had the year 1870 engraved on it, the year when it is likely to have been manufactured.

Through the discovery, experts learned that the lights were “carbon arc lamps” and not incandescent lamps. Carbon arc lamps were the first form of electric light and were largely replaced by incandescent lamps from the 1880s. In that sense, although it is commendable that Korea adopted the lamp despite its volatile situation domestically, it was not as up to date with technology.

Min Byeong-geun, the director of Korea’s Electricity Museum, said, “the station is the symbol of King Gojong’s determination to strengthen Joseon’s sovereignty.”

But officials also pointed out that they were wrong about the history, referring to how they previously thought the station was situated north of the pond.

The power station, only part of which was revealed with the recent excavation, was large enough to illuminate up to 750 light bulbs, with each light bulb as bright as 16 candles.