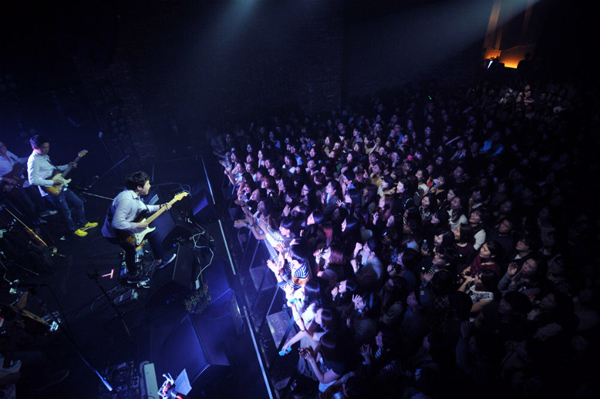 As Korea has not found a way to halt the spread of MERS, or Middle Eastern respiratory syndrome, the outbreak has had an impact on the country’s cultural scene.

Concerts were the first to be cancelled as performance halls generally require audience members to sit or stand close to one another.

Singer Lee Moon-se, who was scheduled to hold shows for two days at Seongnam Arts Center, decided to postpone his performances just five hours before the first on Friday. He has rescheduled “2015 Theater Lee Moon-se” for November.

“It is just a reality that people try to avoid [the places] where many gather,” Lee explained on social media. “I was getting ready in hopes that the situation would get better, but I decided that it is too [much of a hassle] to push for the concert when many fear the spread of such an outbreak. The delay is a precautionary measure.”

Singer Jang Beom-joon, a former member of Busker Busker, canceled his solo concert set for Friday, too, while singer Kim Jang-hoon did the same for his Sunday show. Singer Lee Eun-mi also postponed her show, which was originally meant to happen over the weekend.

Many broadcasting companies have pulled planned recordings of their programs. KBS announced its decision to reschedule the filming of shows with young children and the elderly as main guests, who are more prone to viruses. It did not allow the public in to the filming of “Gayo Stage,” a music program mostly popular with older people, last night.

Movies have also been affected. Next Entertainment World announced it is changing the date for the release of its movie “Northern Limit Line,” originally slated to open tomorrow, to June 24. The agency said it had to take social sentiment into consideration and canceled the film’s VIP screenings and other promotional events slated for this week.

Industry experts lamented the fact that the outbreak is hitting the cultural industry after it stumbled last year in the aftermath of the tragic sinking of Sewol ferry, during which several events were replaced with tributes to the victims.

“It is hard to just pull up the statistics to compare the two incidents, but of course delaying and canceling the scheduled events cause some financial damage,” said an industry official. Anyone with plans to attend an event is encouraged to frequently check for cancellations.