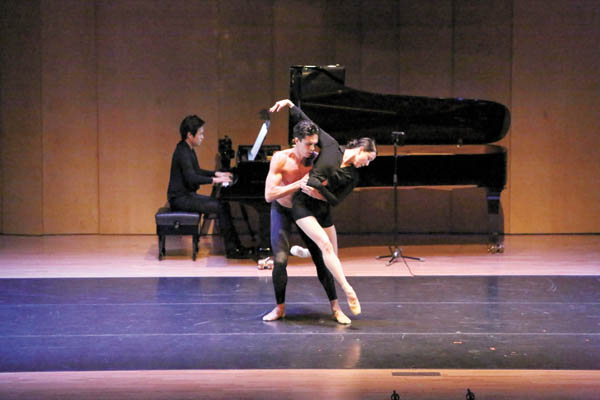 PYEONGCHANG, Gangwon - Every year, the sounds of string, brass, wind and percussion instruments resonate from the Great Mountains in Pyeongchang, Gangwon, during the classical music festival organized by the two internationally renowned sisters, cellist Chung Myung-wha and violinist Chung Kyung-wha. But this year, in addition to the instruments, the sound of ballet dancers’ pointe shoes hammering on the stage was added.

While it is not unique to see ballet dancers and a music ensemble perform together, it is when the musicians are not in the orchestra pit but on the stage together with the dancers. On July 30, when the evening concert came to an end, those who had never been to a ballet came out of the venue saying they never imagined they would enjoy this genre of performing arts, while those who were already fans of ballet said it was great to see dancers in a classical concert hall since the stage is closer to the audience than other performance halls.

“I often go see ballet performances and it was very special for me to see ballet dancers so up close,” said Park Min-young, 43, from Seoul. “I could hear them breathing, clearly see their facial expressions and the changes of emotions along with the music. It was a unique experience.” 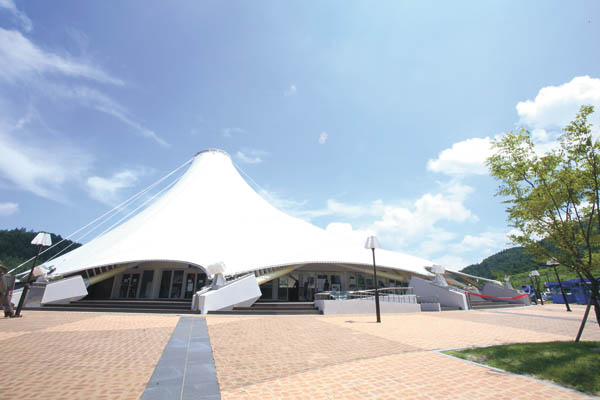 Perform Liam Scarlett’s “With a Chance of Rain” to Rachmaninoff’s “Elegie in E-flat Minor” played by pianist Kim Da-sol. Provided by the festival

For this year’s 12th Great Mountains International Music & School Festival, which showcased three weeks of concerts and master classes under the theme “French Chic,” the two artistic directors decided to mix ballet and French music for some of the Distinguished Artists Series. For the program, the festival invited Korean ballerina Seo Hee and French ballerino Alexandre Hammoudi, who belong to the American Ballet Theater (ABT) as a principal dancer and a soloist.

Even for dancers like Hammoudi, who perform across the globe on different stages, performing with musicians together on the same stage during the festival is a unique experience.

“When dancers perform, musicians are usually on the orchestra pit, but it was a special and nice experience to have everybody on the stage and create a relationship,” said Hammoudi in an interview with the Korea JoongAng Daily.

“Obviously, the stage is not made for dancing. It’s not a dance floor so there are difficulties for the dancers. But I personally like intimate theaters, in the way you can see the audience and the audience can see you.”

Being up on the stage together with the musicians, says Hammoudi, means that “you can just relax and enjoy dancing.”

“I don’t have to be worried that I am the one in the spotlight,” said Hammoudi. “It’s not just about the ballet. In fact, I’m not sure if it’s about the musicians. It’s about music. We are up on the stage together, to express music through our movements, for us dancers, and through the sounds, for them.” 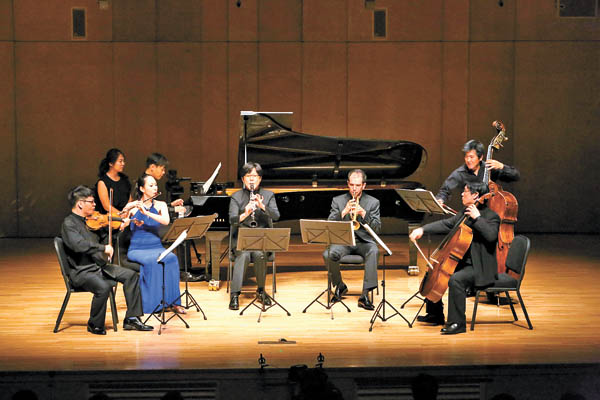 The festival’s Music Tent at the Alpensia Resort the ensemble performing Hummel’s “Septett Militaire in C Major” on July 23. Provided by the festival

For the festival, Seo and Hammoudi danced various pieces including “With a Chance of Rain,” choreographed by Liam Scarlett to the music of Rachmaninoff’s “Elegie in E-flat Minor,” choreographer James Kudelka’s “Cruel World” to Tchaikovsky’s “Adagio Cantabile E Con Moto” from “Souvenir de Florence,” and the world premiere of choreographer Gregory Dolbashian’s “Bolero” with music from Ravel’s “Bolero.”

“‘Bolero’ is a very long piece and it’s the same tempo the whole time,” said Hammoudi. “It goes on for about 15 minutes in the same beat. Because we don’t rehearse with live musicians, we are used to a certain tempo, so for this piece it’s exciting to work together with the musicians .?.?. It makes us really listen to the music and pay attention to the music while also focusing on your partner for the pas de deux.”

Hammoudi and Seo danced to many of the pas de deux during the festival, showing off their perfect match as partners. Indeed, it wasn’t the first time they danced together.

“I did a lot of my debuts in the ABT with her,” said Hammoudi. “A couple of years ago, when I did my first Romeo, she was my Juliet. Also for ‘Swan Lake’ and ‘Giselle,’ I started a lot of the roles with Seo, so there’s a certain relationship and connection.”

It was also because Seo asked Hammoudi to dance with her at the festival that he decided to come to Pyeongchang.

“I’ve been to Seoul about three times with the ABT, but this is my first time in this part of the country,” said Hammoudi. “But I am really enjoying the music in the nature.”

Growing up in a rural area in France, Hammoudi said the Alpensia Resort, the festival venue that is surrounded by green mountains, is very much like his hometown. In such an environment, welcoming audiences each night with a glass of champagne, the French ballerino says this year’s show seemed very “French Chic.”