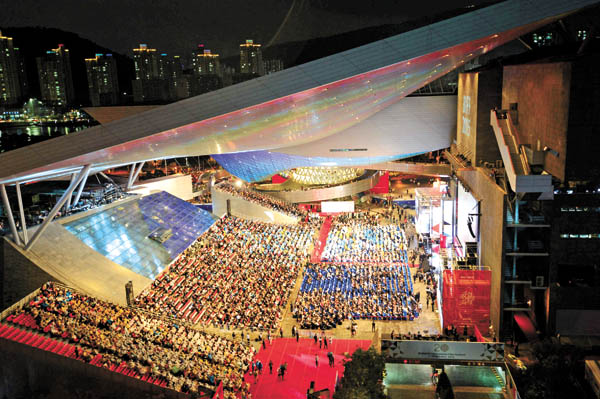 The 20th edition of the Busan International Film Festival (BIFF) kicked off its 10-day journey at the southern port city of Busan on Thursday, replete with 304 films from 75 countries; 94 of which of are having a world premiere.

The honor of opening the festival has been given to Indian film “Zubaan” by Mozez Singh, and the 20-year-old film event will close with Chinese film “Mountain Cry” directed by Larry Yang.

BIFF, which has grown into Asia’s largest and most prestigious film festival since it was founded in 1996, will offer Busan visitors not only a rare opportunity to watch a wide range of Asian films from China, Taiwan, India and more but also a chance to meet their favorite movie stars from Asia and beyond at the outdoor stage installed at the city’s famous beach, Haeundae. Aside from Asian film stars, famed French actress Sophie Marceau and British actress Tilda Swinton will shine at the event, which finishes on Oct. 10. [NEWSIS]