Park’s sacrifices made in bid to better the nation

Park’s sacrifices made in bid to better the nation 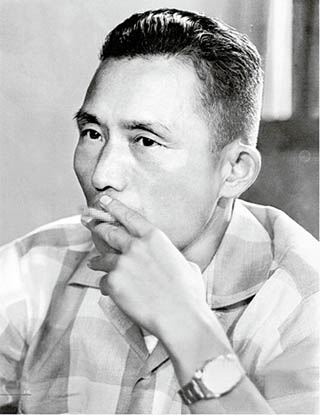 Major General Park Chung Hee in 1961, when he was named the chairman of the Supreme Council for National Reconstruction at age 44. After May 16 revolution, he named Army Chief of Staff Chang Do-young as his chairman. However, Park took over as chairman after Chang was ousted for anti-revolutionary activities. [National Archives of Korea]

Every time I talk about Park’s revolution, I think of the start of the May 16 revolution, or coup. At dawn on May 16, 1961, he made it through the Hangang Bridge and showed up at the Gwangmyeong printing house on Euljiro. I was directing the printing of hundreds of thousands of copies of revolution pledges and our declaration.

Park, who was a major general at the time, got off the jeep as the military police under Army Chief of Staff Chang Do-young opened fire from the other side of the Han River. As he walked toward the Hangang Bridge, bullets whistled past him. On the side of the revolutionary army, the Marines in the front fired back. 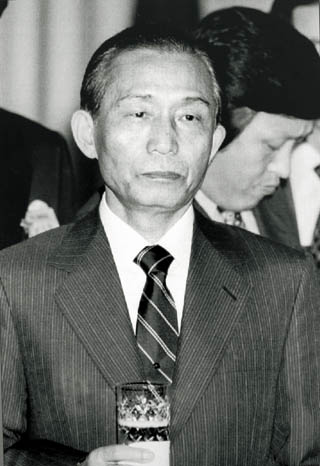 President Park Chung Hee attends an event at the Blue House with Koreans living in Japan on May 15, 1979. Rep. Kim Young-sam was elected as the chairman of the main opposition New Democratic Party 15 days later, and demonstrations protesting the Yushin Constitution upended the political establishment. [JoongAng Photo]

Park looked calm when he crossed the bridge, only expressing his emotion later.

He had trusted Chang enough to confide in him his revolutionary plans, so when Chang’s unit tried to shoot him, it was a bitter betrayal.

Chang’s attitude toward to the revolution was ambiguous. He was elected the first chairman of the Supreme Council for National Reconstruction afterward, but he still cared too much about the U.S. Army and the former government.

He was eventually ousted for anti-revolutionary activities.

After spending years on the revolution and modernization, the last words Park uttered on Oct. 26, 1979, was, “Are you guys all right?”

He was shot in the chest by Korean Central Intelligence Agency (KCIA) Director Kim Jae-gyu at around 7:40 p.m. at the safe house near the Blue House.

Two young ladies tried to stop the blood, but he wouldn’t make it. He asked about the safety of the women crying for him.

Park’s revolutionary life, which lasted more than 18 years, began with anger directed at Chang but ended with words of concern.

Revolutions throughout history have ended with blood and betrayal, and those who led them have died from deception by their closest insiders.

Park’s death reminded me of the French Revolution of 1789. Jean-Paul Marat, Georges Danton and Maximilien Robespierre led the revolution and all of them died unfortunate deaths. Then Napoleon Bonaparte emerged.

In 1793, four years after the revolution, Marat, an icon for the Jacobins, was 50 years old. Charlotte Corday, one of his supporters, visited his apartment and claimed she knew where the anti-revolutionaries were staying. At the time, Marat, who suffered from a skin disease, was lying in the bathtub. As he listened, Corday pulled out a knife and plunged it into his chest.

President Park raised the country. His 18 years had many ups and downs but he continued trying to make it a place where the people could live without fear. His national policy was anti-Communist, and he led us away from poverty.

He was there when South Korea became renowned in the international community for its highways, steelmaking, shipbuilding, electronics and automobile industry. In the mid-1970s, South Korea’s export value stood at $10 billion with $1,000 gross national product per capita. He also helped form the fundamentals of Korea’s liberal democracy and welfare.

It was what President Park had dreamed of in those revolution pledges in 1961. Not many emerging countries achieved success like South Korea after World War II. We achieved the Miracle on the Han River.

We were able to change the world in such a short amount of time likely due to Park’s revolutionary spirit. The revolution reversed the old orders and created new orders. A revolution starts from determination, not from power or numbers. In the May 16 revolution, only 3,600 men took part out of 600,000.

And the revolution went on even after May 16, 1961. Park led an industrial revolution, mobilizing the people ? a feat even harder than reversing the government. He told the people that we could do anything. Modernization was like a religion to him.

His first task was ending poverty. He could start to build a new national consciousness only when he had solved the problem that had plagued the country its entire 5,000-year history.

Park established a diplomatic relationship with Japan to obtain the seed money for modernization.

“Looking back on the past, Japan is an enemy with whom we can’t share the same sky, but I have decided to start a diplomatic relationship with them for today and for the future,” he would say.

I was criticized as a traitor in 1965 when I was working on the Treaty on Basic Relations Between Japan and the Republic of Korea. Some demanded Park step down, but we pushed for it. It was South Korea’s first diplomatic relationship.

Ties with Japan were like the bridge in forming similar relationships with other countries. We gradually dispatched our troops to foreign countries - sending them first to South Vietnam.

We would suffer as we tried to change the world, but the world doesn’t change without it.

The decisions to establish diplomatic relations with Japan and dispatch our troops to South Vietnam were met resistance and sacrifices, but Park stayed as strong as when he started the revolution.

We can now see that we made the right choices despite the criticism and opposition, especially in comparison to the North Korean regime.

The Yushin Constitution, which was declared in 1972 to give Park dictatorial rights, originated from this revolutionary spirit. Revolutions have a certain time limit, and sacrifices are made for the purposes of the revolution. Park sacrificed the freedom of the people to save the country. A leader sometimes must make lonely choices.

As the North’s power increased, Kim Il Sung vowed that he would have his 60th birthday party in Seoul, and the United States announced that it would withdraw all its troops out of South Korea.

Park did not trust the United States. He tried to set up a national crisis management system that could protect South Korea without outside help.

He would often tell me that the Yushin Constitution was not permanent. “The Yushin system is only temporary; it isn’t going to last forever,” he told me in 1974, at an education session for high-ranking government officials in Suwon, Gyeonggi.

Park was later sacrificed by his own achievements. It was a tragic end.

The middle class, whose numbers increased with industrialization in the 1970s, later hoped for democratization and liberalization and they became the center of the Buma demonstration ? the rallies staged in 1979 in Busan and Masan in South Gyeongsang.

Because he had too much power at the end of the Yushin era, he forgot his first intention and corruption was uncovered in the political arena.

He left his last diary entry on Oct. 17, 1979, when the Buma demonstration began. It reads: “Some anti-establishment people are stubbornly resisting, but I hope that historians in the future can fairly assess it.”

There is a Korean saying, “We may forget the savior, but the favor remains.”

Park may be forgotten, but his achievements and revolutionary spirit will remain.