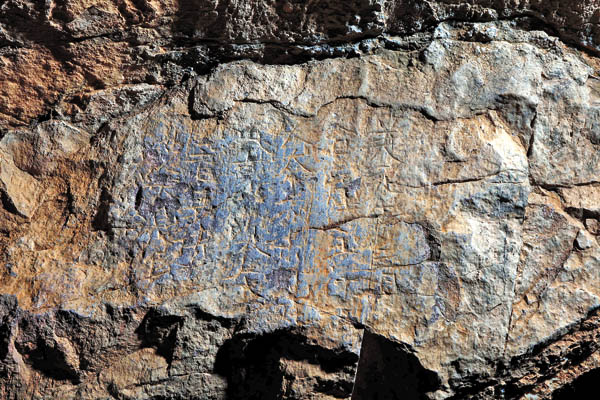 An epigraph from the Silla Dynasty (57 B.C. to A.D. 935) has been found in Seongnyu Cave in Uljin County, North Gyeongsang, the county office announced on Wednesday. The cave is Korea’s state-designated heritage item, Natural Monument No. 155. Although epigraphs from the Silla era have been found before, this marks the first time that such an artifact has been uncovered at a Natural Monument.

The 38-character epigraph was found on Dec. 6 by Park Hong-guk, an archaeology professor at Uiduk University and the director of the university’s museum. Some of the characters are hard to decipher, but experts say it says in part that a middle-ranking Shilla nobleman visited the cave and left the writing in either 663 or 543. Park and other researchers say the finding indicates the cave was a popular tourist site during the Three Kingdoms period (57 B.C. to 668 A.D.).