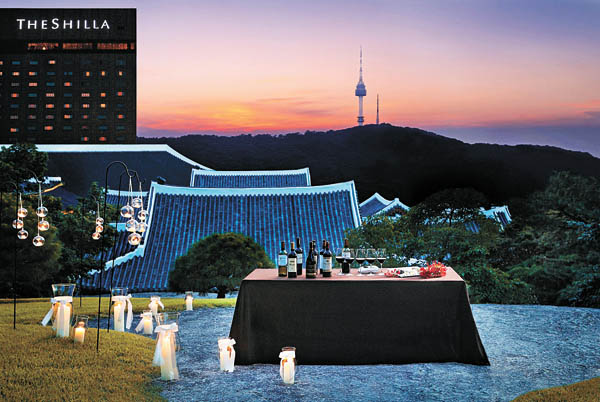 The average score for Korean companies on the National Customer Satisfaction Index (NCSI) reached a record 74.1 points last year, a 1 percent increase year-on-year and the highest since the index began in 1998.

The NCSI is compiled by surveying local customers about the products and services they’ve used, including those produced both inside and outside Korea.

In total, 83,921 consumers responded to the survey, which was jointly conducted by the Korea Productivity Center, Chosun Ilbo and Michigan University and supported by the Ministry of Trade, Industry and Energy.

Last year’s report included the products and services of 314 companies, universities and public institutions across 73 industries, classified into 14 economic sectors, including real estate for the first time.

The number of industries that recorded a year-on-year increase was 45 out of 71 comparable sectors, compared to the prior year’s 32.

The industries that recorded the highest improvement rates were wholesale and retail (a 2.9 percent increase), finance and insurance (2.5 percent), broadcasting and information services (1.8 percent), hotel and restaurant (1.6 percent) and electronics, gas and water (1.4percent).

The highest scores on the 2015 NCSI list came from Shilla Hotel and Lotte Hotel, with both recording 86 points.

Shilla Hotel Seoul shut down their accommodation services for 7 months to undergo a huge makeover.

In addition to remodeling its fitness clubs, Shilla also re-examined small details that that make a difference for customers including the bedding, which was changed to products specially made for the hotel and its “Urban Island” pool, which operates from the spring to the fall.

To maintain its acclaimed customer service, Shilla Hotel constantly develops new ways to receive and process customers’ opinions. A self-developed system links customer complaints directly to the related department for immediate follow-up, and divisions that interact face-to-face with customers have access to the “process and standard sharing system,” which ensures customers are provided services and products of consistent quality.

Lotte Hotel’s high customer satisfaction scores stem from its strict quality control and constant pushes towards new methods of customer satisfaction. The group plans to establish 50 hotels in and outside the country by 2020, and to keep things consistent, the Lotte Hotel Service Academy was launched last July to train staff in Lotte’s differentiated style of customer service in branches in and outside the country.

The hotel’s “Guest Comment Book” and “Voice of Customer” are both open bulletin boards operated permanently as a means of receiving continuous feedback from visitors. Every month, the hotel offers the “Monthly Best CS Star” award to an employee to inspire pride in being part of Lotte Hotel.

Another company that saw positive results was Samsung Life Insurance, whose score increased 2 points year-on-year to 76 points. This was the company’s 12th year as the top-rated life insurer.

Samsung Life Insurance centers its products and service on its customers, constantly developing new ways to satisfy their needs at every stage of the process.

As a means of maintaining the company’s relationship with clients, Samsung Life consultants visit each client once a year to explain insurance coverage, and examine the client’s situation in order to make sure that the existing plans covers all necessary needs.

Many changes occurred in 2012, when the company overhauled its systems. But the most significant adjustment was the shortening of the time Samsung Life Insurance takes to make payouts on claims. It managed to do this by making much of the examination process digital and expanding the number of face-to-face meeting counters.