Jagger gets Grammy nod for documentary

Jagger gets Grammy nod for documentary 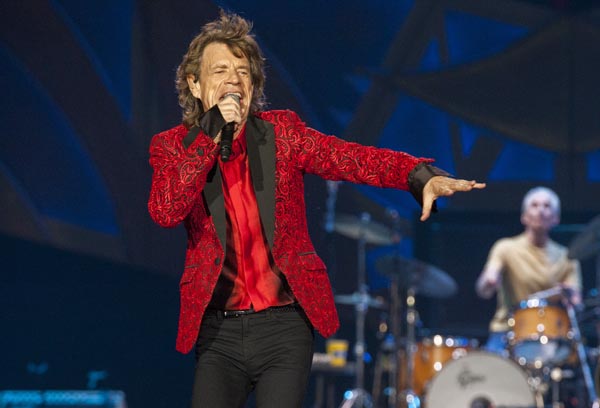 LOS ANGELES - Mick Jagger is getting Grammy love this year, but it’s not for his music - it’s for his film producing. The icon is nominated for best music film for producing the documentary “Mr. Dynamite: The Rise of James Brown,” directed by Oscar winner Alex Gibney and aired on HBO in 2014.

“Well, it’s great. Actually, I didn’t even know they gave Grammys [for this],” a laughing Jagger told The Associated Press in an interview Thursday. “I kind of missed that category.”

Monday’s Grammy Awards air a day after the Jagger-produced series about the music industry in the 1970s, “Vinyl,” debuts on HBO. The rock veteran has earned two Grammys in his career, both with The Rolling Stones in 1995.

This year, his competition for best music film includes critically acclaimed documentaries on Nina Simone (“What Happened, Miss Simone?”) and Amy Winehouse (“Amy.”), both of which also are nominated for best documentary Oscars.

“Yeah, I thought the Amy one was really good. I imagine that’s going to win because everybody loved that so much,” Jagger said.

“From a musical point of view, that documentary is really interesting ’cause all the musicians talk about what it was like working with him - good and bad,” Jagger said of the Godfather of Soul, who died in 2006 at 73 (Jagger also produced the 2014 biopic on Brown called “Get On Up.”) “Musicians say to me, ‘I found it really fascinating,’ so ... I’m really pleased with that film. I think it’s really good.”

Roger Waters’ “The Wall” and Foo Fighters’ “Sonic Highways” are also up for best music film at the Grammys, to be held at the Staples Center in Los Angeles. Jagger won’t attend the show since the Stones are on a tour in Latin America.

“It’s a good category and there’s really good films in that category, so let the best man or woman win,” he said.