Searching for solutions to the Earth’s problems

Searching for solutions to the Earth’s problems 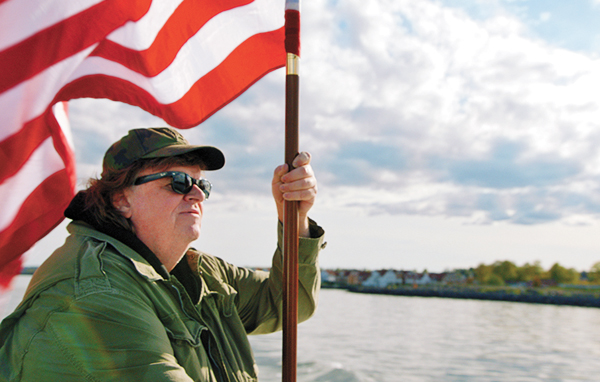 Everybody is aware that various types of environmental issues have been plaguing the Earth for quite some time.

But not many people know exactly how these problems are caused and how seriously they are affecting each country.

In order to give a more detailed and wider view of the diverse environmental problems going on around the world, the Green Film Festival in Seoul returns with its 13th edition, equipped with 85 environment-related movies from 40 countries. The festival kicks off its week-long run May 6.

“It’s been 40 years since I have taken interest in the environment,” said Choi Yul, the president of the Korea Green Foundation and the executive director of the festival, at a press event April 5.

“I believe film is one way to move people’s minds,” he added. “Good films can change how people think and act. Thirteen years ago when this film festival first launched, there were not many people interested in environmental issues. But seeing how it has grown to attract more than 1,000 films from more than 100 countries, I sincerely believe that environment issues have really become imminent globally.”

Michael Moore’s award-winning documentary “Where to Invade Next,” which stars Moore himself who travels the world in search of innovative solutions, has been selected as the opening film. Some of the solutions mentioned in the film include Italy’s vacation system and France’s school meals.

“This film encompasses every value that our film festival aims for,” said the programmer, Maeng Su-jin. “It is witty and serious at the same time. People who have watched it said the movie was beautiful.”

Also on the lineup is a feature film titled “Stop” made by maverick filmmaker Kim Ki-duk. The film, which hasn’t been released domestically since its screening at last year’s Busan International Film Festival, reportedly by Kim’s own request, follows a couple who moved to Tokyo from Fukushima after the nuclear accident.

Other than screening events, which will take place at four central Seoul venues - Cinecube, the Seoul Museum of History, Indie Space and Sponge House - the festival is also heading outdoors.

Booths letting visitors experience diverse environment-related workshops and small-scale exhibitions will fill the plaza in front of the Seoul Museum of History from May 7 to 12.

Musicians will also add a lively vibe to the festival, performing in the plaza at lunch time during the event.