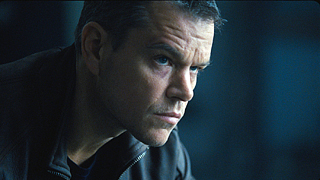 The fifth installment of the “Bourne” series promises that the true identity of Jason Bourne will finally be uncovered.

All of his memories have finally returned, but former CIA agent Jason Bourne (Matt Damon), still has questions about his past. Returning as the real Jason Bourne, rather than an alias, he is finally ready to confront the CIA.

The series has long been loved by moviegoers. It began with “The Bourne Identity” (2002), where Bourne learns his name but can’t remember the missions he has done for the CIA.

This film relates directly to “The Bourne Ultimatum” (2007), since the last sequel, “The Bourne Legacy” (2012) was more of a spin-off than a continuation of Bourne’s journey.

Throughout the series, the action scenes have been killer. Ordinary objects are often wielded in unexpected ways. In the first film, Bourne picks up a pen on the table to fight against a man with knife; in the third, a towel in a bathroom becomes a murder weapon. This latest film also won’t disappoint moviegoers by showcasing objects that get turned into unexpected weapons.

This Korean blockbuster is based on the famous Battle of Incheon, which took place on Sept. 15, 1950 and turned the tide of the Korean War.

With almost all of the Korean peninsula controlled by North Korea and its allies, U.S. General Douglas MacArthur (Liam Neeson) pushes ahead with a plan to retake the city of Incheon, despite reservations from nearly everyone around him.

To find a way in, MacArthur orders a secret mission dubbed Operation X-Ray. For the mission, Navy Lieutenant Jang Hak-su (Lee Jung-jae) disguises himself as a North Korean soldier and goes into the enemy’s headquarters to gather information. All the while, Jang is on the verge of being detected by Lim Gye-jin (Lee Beom-su), the leader of the North Korean forces.

Despite the risks, the plan turns out to be successful, and ultimately leads to South Korea and the United Nations retaking much of the territory that had been lost.

Neeson, in a press conference in Seoul on July 13, said he has had a continued interest in the Korean War, which he said is often referred to as the “forgotten war” in the United States.

The film focuses on the tensions between nations, ideologies and people that characterize the conflict. 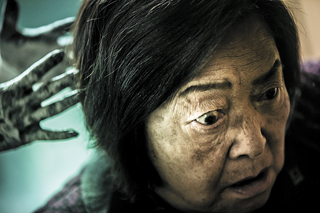 This new Taiwanese horror film is sure to send chills down the spine. It’s loosely based on a true story that remains a mystery. Twenty years ago, a family died suddenly after returning from a mountain in Taichung City, Taiwan. While investigating the case, police found the family’s camera, which showed a mysterious girl in a red dress following them. Several years later, an old woman disappeared and eventually reappeared in a remote area, also mentioning a girl with a red dress. Director Cheng Wei-hao decided to use the events as the premise for his film.

Ho Chih-wei (River Huang) has vanished just days after his grandmother disappeared and then was found again. His girlfriend, Shen Yi-chun (Hsu Wei-ning), arrives at the hospital where the grandmother is being treated but can’t find any clues about where Ho went. She hears the grandmother mumbling about a girl in a red dress, and she feels that might be a clue.

Taiwanese films have been gaining favor lately among Korean filmgoers. “Our Times,” a passionate love story between high school students, was released in May and became an unexpected hit.

Norm of the North (All)

After a six-year production process that included multiple delays and rewrites, this animated comedic adventure from director Trevor Wall is finally seeing release.

The good-natured polar bear Norm enjoys his life in the quiet and frosty Arctic. He also possesses a special ability: he can speak to humans. When an increasing number of American tourists with their huge cruise ships land in the area and disturb the peace of his friends like the moose, seals and polar bears, he realizes that his beloved home is in jeopardy. But when odious investors plan to build luxurious shopping malls in the still-untouched Arctic, Norm finally takes action.

Accompanied by three brave lemmings, the polar bear travels to New York City to stop the madness. Through unexpected events, Norm becomes “Norm of the North,” a celebrated TV star - and the mascot of the exact enterprise he planned to stop.

The film features the voices of Rob Schneider, Heather Graham and Ken Jeong. 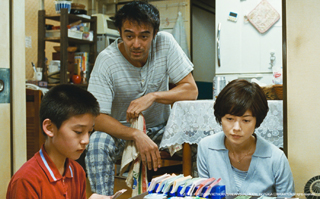 The message in this film: even if you think your life is doomed, the world’s not such a miserable place after all.

Ryota (Hirochi Abe) cannot erase memories of his past glories. He was once a prize-winning author, but now he’s a private detective who gambles all his money away. Even though he dreams of regaining his reputation, he knows he’s a deadbeat.

His wife, Kyoko (Yoko Maki) leaves him and goes to live on with their son, Shingo.

But one day, a typhoon strikes and forces Ryota, Kyoko and Shingo to spend one night at the house of Ryota’s mother, Yoshiko (Kirin Kiki).What will happen on the stormy night when the broken family is reunited?

The film was screened in the Un Certain Regard section at the 2016 Cannes Film Festival.

Director Hirokazu Koreeda has been acclaimed for his films such as “Still Walking” (2008), “I Wish” (2011) and “Like Father, Like Son” (2013). His latest, however, is unique in that it features locations that remind the filmmaker of his own father.

The film encourages viewers to consider what it means to become an adult. 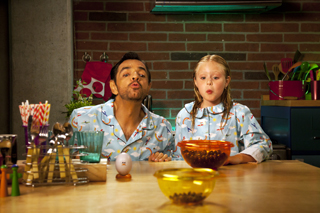 Valentin (Eugenio Derbez) is known as a daredevil and womanizer in his hometown of Acapulco. One day, a former fling named Julie (Jessica Lindsey) leaves their daughter Maggie (Loreto Peralta) on his doorstep and vanishes without a trace. Valentin’s life is suddenly turned upside down. He doesn’t know how to care for a baby and is unable to master parenting basics like changing a diaper. He goes on a desperate search to locate Maggie’s mother in Los Angeles, where she’s rumored to be living. When the search bears no results, Valentin decides to raise the child by himself in the United States. Settling in a new country with his newfound daughter, he starts working as a stuntman to earn money, establishing himself as one of Hollywood’s best. As Maggie gets older, she starts working as his coach on set, and also becomes a friend who helps him grow up. But the pair’s unique bond is suddenly put in jeopardy when Julie reappears and claims her rights as Maggie’s mother. Valentin realizes that if he doesn’t do something, he’ll lose both his daughter and best friend.

This beautifully directed movie conveys a message about family and the meaning of growing up, and it comes with plenty of moments to make you both laugh and cry.