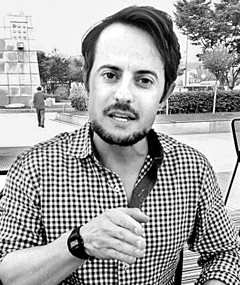 Many years ago, Thor Halvorssen, 39, was an ordinary Venezuelan political science student at the University of Pennsylvania. But during his freshman year in 1993, his father, an ambassador for Venezuelan anti-narcotic affairs, was arrested and tortured when he started investigating a powerful political official for money laundering.

In 2004, during the protest of the Venezuelan recall referendum that endangered the position of then-President Hugo Chavez, Halvorssen’s mother was shot by police and fell unconscious. After this series of events, his life transformed completely.

In 2005, Halvorssen founded the Human Rights Foundation (HRF) in New York City and has been supporting various human rights movements ever since.

He also established a human rights reward, the Vaclav Havel Prize for Creative Dissent, which was named in honor of the first president of the Czech Republic, who lead anti-dictatorship demonstrations. Recipients of this award include the foreign minister and state chancellor of Myanmar, Aung San Suu Kyi, who was a former democracy activist held under house arrest for nearly 21 years.

“We tried installing GPS trackers in North Korea propaganda leaflet balloons but drones are currently the safest and most effective method,” Halvorssen said, “Last year, with the cooperation of a North Korean defector organization, we sent 1,000 USB drives by drones and we’re aiming for the same number this year.”

However, opinions of his movement are divisive in the nation. Not only might North Korea aggressively retaliate, but flying drones to North Korea could also violate civil aeronautics law. “We’re sending drones and leaflets to North Korea for change,” said Halvorssen, “and we’re aiming to continue our movement more effectively.”