In Korea, the biggest thing at the box office is ‘Kong’

In Korea, the biggest thing at the box office is ‘Kong’ 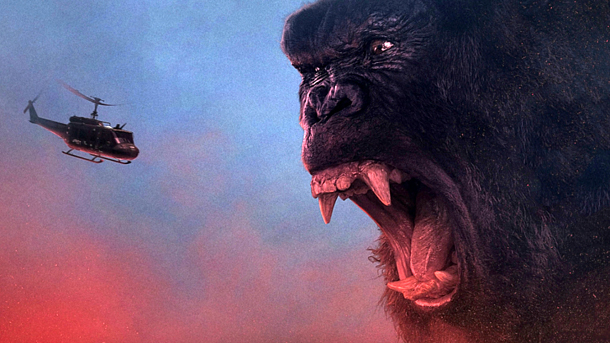 The blockbuster “Kong: Skull Island” ruled the weekend box office by accounting for nearly half of all ticket sales from Friday to Monday. [WARNER BROS. KOREA]

The blockbuster “Kong: Skull Island” ruled the weekend box office, accounting for 49.1 percent of all ticket sales, according to the Korean Film Council on Monday.

Helmed by rookie director Jordan Vogt-Roberts, who said he was greatly influenced by Korean films during a visit to the country last month, “Kong” sold 823,000 tickets from Friday to Monday, adding up to a total of 1.01 million since it opened on Wednesday.

The reboot, set entirely on the great ape’s jungle island, leaves out the romance depicted in the 2005 version “King Kong” and focuses on portraying Kong as a hero who wants to be himself, a noble but raging primate god who will destroy everything - but only when threatened. Set in 1973, just as the Vietnam War is winding down, the film stars Tom Hiddleston and Samuel L. Jackson.

In second place was Hugh Jackman’s last Wolverine film, “Logan,” which sold 400,000 tickets in its second weekend, adding up to a total of 1.77 million. “Bluebeard,” revolving around the struggles of a bankrupt doctor (Cho Jin-woong) who becomes suspicious of the people around him while working at a hospital in a mysterious town where unresolved murders occurred, came in third with 115,000 admissions.

“Split,” with James McAvoy playing a character with multiple personalities, and “New Trial,” about the retrial of a falsely charged man, managed to round up the top five spots.

“La La Land,” whose director Damien Chazelle won the Best Director Oscar last month, jumped up a spot to reach sixth place. Buoyed by the six Academy Awards it won, including Best Actress for Emma Stone and the Best Original Score for Justin Hurwitz, the musical romance sold 32,600 tickets and managed to play on 202 screens over the weekend even after three months in theaters. It has sold a total of 3.41 million tickets.

“The Light Between Oceans” debuted at seventh while DreamWorks Animation’s “Trolls” came in eighth.