A search for normalcy in extraordinary times

A search for normalcy in extraordinary times 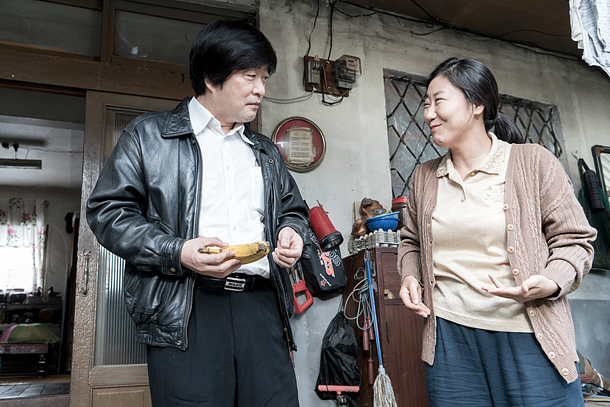 Son Hyun-joo, left, plays a cop who wishes to live an ordinary life as a loving father, husband and friend. Set in 1987, “Ordinary Person” features scenes inspired by a number of historical events which occurred in Korea decades ago. [OPUS PICTURES]

On the surface, there seems to be nothing special about living an ordinary life. But, a mundane existence becomes much more appealing when you are living through extraordinary circumstances, when events that defy common sense occur almost daily. That struggle is at the heart of the upcoming drama “Ordinary Person” which heads to theaters next week.

Directed by Kim Bong-han (“The Hero”), the movie revolves around police officer Gang Seong-jin (Son Hyun-joo), whose life takes a turn after getting involved in an illegal scheme led by National Intelligence Service agent Choi Gyu-nam (Jang Hyuk), who orders Gang to frame a one-time murderer as a serial killer.

Set in the spring of 1987, a few months before the June Democracy Movement, the film depicts the struggles of Gang, who agonizes over whether to side with the authorities for money - which he desperately needs to pay for his crippled son’s medical operation - or to continue his ordinary life as a cop, a good father, a loving husband of a speech-impaired wife and a loyal friend to a righteous reporter craving for justice.

“Through the film, I wanted to say that living the life of an ordinary person is one of the hardest things to do,” said the director at a press preview held in Wangsimni, eastern Seoul, on Wednesday.

According to the director, it would be correct to categorize the film as a piece of historical fiction, as a number of scenes are directly inspired by significant events in Korean history, including the case of student activist Park Jong-chul, who was tortured to death during a police interrogation in 1987 and Korea’s first serial killer Kim Dae-du, who murdered 17 people throughout the nation in 1975.

Regarding Jang Hyuk’s character, the director said, “There always seems to be this kind of person [in each period of history.]”

Though portraying a character that lived 30 years ago may sound difficult, Son said that depicting the past is what drew him to join.

“When I first saw the script for ‘Ordinary Person,’ I imagined what it would look like to depict the period of the ‘80s in 2017,” said Son who also attended the press preview. “I entered university in 1984, so even though 30 years ago may seem very far away to some people, I clearly remember that period.”

Son continued, “I decided to join because I believed there would not be much difference between the heart of a father back in 1987 and now, which I liked. At any time, a father would always [do anything to] protect his wife and child.”

The movie, which co-stars Ra Mi-ran and Jeong Man-sik, is scheduled to hit cinemas March 23.