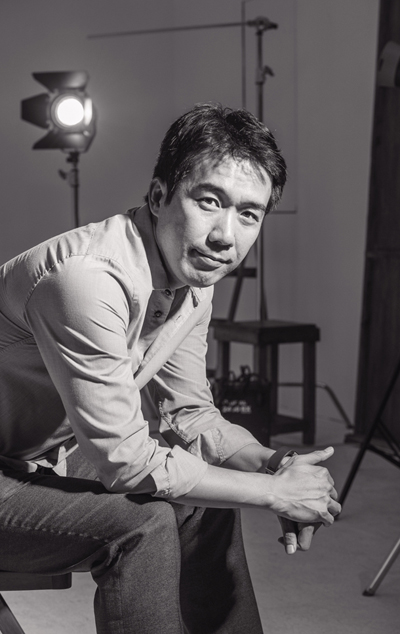 “A Taxi Driver,” starring Song Kang-ho raced its way to the top of the box office after its release on Aug. 2, knocking off summer blockbuster “The Battleship Island” in the process. The movie, which takes place during the Gwangju uprising of May 1980, stayed at number one through last week even after the release of the highly-anticipated action comedy “Midnight Runners” on Wednesday, surprising some in the film industry.

Directed by Jang Hun, the movie shows the 1980 Gwangju Democratization Movement from the perspectives of taxi driver Man-seop (Song) and ambitious German reporter Jurgen Hinzpeter (Thomas Kretschmann), who needs to make his way south from Seoul to cover the protests and the subsequent massacre that ensued. The two characters are based on real people.

To discuss what went into making the movie, which has sold a total of 7.2 million tickets as of Sunday, M Magazine, an affiliate of the Korea JoongAng Daily, sat down for an interview with its filmmaker. Below are edited excerpts.

Q. The movie sold more than four million tickets in its first weekend. You previously said that you thought about people in 20s and 30s the most when making the film. Why is that?

A. I was born in a generation between those people who experienced the democracy movement and those who didn’t. When the May 18 Gwangju Democratization Movement took place, I was only five years old, and therefore, don’t have many memories of the event. But I have always felt indebted to those [involved in the Gwangju uprising], as we are currently living in the world as it is thanks to their sacrifice. As a person born in between the two generations, I wanted “A Taxi Driver” to be a movie that I can show to the younger generation.

You reportedly spent a week mulling over the decision when you were offered the opportunity to direct the movie in 2015. Why?

As a person who did not [directly] experience the event, I was very hesitant about dealing with the tragedy. But the characters that scriptwriter Um Yu-na depicted stayed in my heart for a while. There are films and novels that touch on the event from perspectives of the people of Gwangju or the Army, but not from a third person. Man-seop’s act of taking Jurgen Hinzpeter to Gwangju without knowing what was happening there and being completely shocked made me sympathize with him. 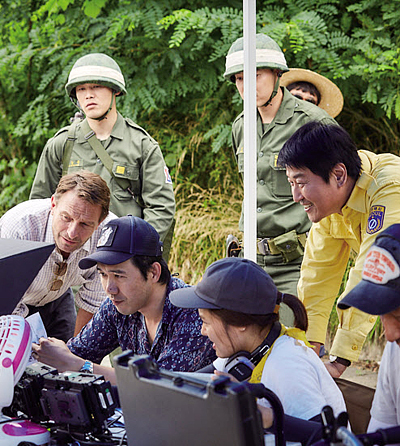 “A Taxi Driver” director Jang Hun says he aimed to make a movie to help young people understand the Gwangju uprising of May 1980. [SHOWBOX]

You met Jurgen Hinzpeter before he passed away last year. What did you talk about with him?

I asked him how he could even think about covering such a dangerous situation, and he told me that he had to go because he is a reporter. I expected something more from his answer, like having done it out of feeling a strong sense of duty or possibly due to a special relation he might have had with Korea. But his straightforward response touched me.

In what way did you want the movie to be delivered?

I wanted to show the event from the perspectives of two aliens. I wanted audiences to see what was happening to Man-seop and to ask themselves what they would have done if they were him.

How did you come to choose Song Kang-ho for the main role?

Can you think of anyone else other than Song to play Man-seop? Though Man-seop is an ordinary person, it is a difficult role that requires the expression of detailed emotions. In the end, Song made the character much more special and colorful than what was written in script.