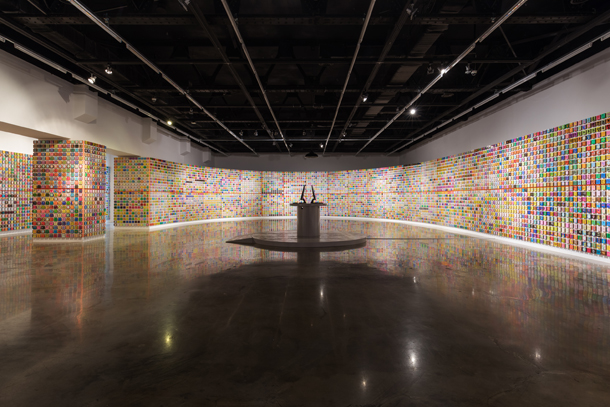 The exhibition of the public art project “Things I Know,” which will be exhibited in the Arko Art Center until Nov. 19. [ARKO ART CENTER]

Today is Hangul Day, established to celebrate the Korean alphabet, traditionally said to have been invented in 1466 by King Sejong and his scholars - and to mark the day, there are currently at least two shows available for Seoulites to enjoy. 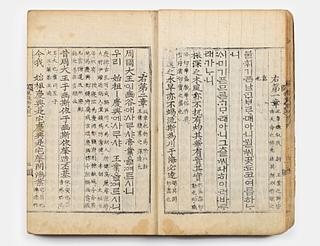 The original text of “Songs of the Dragons Flying to Heaven,” which is the first work written in hangul. [NATIONAL HANGEUL MUSEUM]

The National Hangeul Museum in Yongsan District, central Seoul, is holding an exhibition titled “Calligraphy in China-Japan-Korea,” which features handwritten documents in hangul, Chinese hanzi and Japanese kana in an attempt to compare the different histories behind the calligraphies of these three East Asian countries.

“We need to take more interest in the handwriting styles of each country,” said Riw Ho-sun, the team director for the exhibition, who pointed out that many European countries analyzed their ancient calligraphies and, based on the studies, developed typographies fit for their language systems. On the other hand, such researchers have not been active in Korea, she said.

Among the highlights of the exhibits is a diary of King Yeongchin (1897-1970), the last crown prince of the Joseon dynasty (1392-1910). The diary, written in Japanese in 1919, during the Japanese colonial era, is on exhibit for the first time in Korea.

The highlights of the documents written in hangul include the “Hangul commentary describing the purpose of the creation of Hunminjeongeum [the initial name of hangul].”

Left: The exhibition “Stage for Learning” is held in Gallery 2 on the second floor of the Arko Art Center. Right: The artist Kang Ik-joong poses for a photo. [ARKO ART CENTER]

Another exhibition featuring hangul is at the Arko Art Center in Daehangno, central Seoul. Although it is not an educational exhibition like the one at the National Hangul Museum, this exhibition allows visitors to take a look at the aesthetic aspects of hangul through a work co-created by the artist Kang Ik-joong and 2,300 people.

As a variation of his “Things I Know” (2010) project, Kang asked 2,300 people, including foreigners who are learning the Korean language, to write sentences that are always in their minds, using crayons on three-inch by three-inch square panels - one syllable per panel. The sentences range from aphorisms to the participants’ own words of wisdom. After receiving them, Kang combined them to create the grand-scale public work.

“I have written thousands of sentences about the ‘things I know’ on such panels over the past three decades and have exhibited such works,” the artist told the Korea JoongAng Daily. “Now, it’s time for me to ask other people things they know. So I have made this work. It is so important to learn from each other, to teach each other.”

“I believe learning could also take place through art exhibitions,” said Lee Young-joo, the curator and team director of the project. “I also wanted more active participation from viewers. Instead of just trying to understand the artist’s motives and search for the hidden meanings of art, I wanted the public to actually learn through each pieces of art.”