[Sponsored Report] A cleaner world’s in sight with Coway

[Sponsored Report] A cleaner world’s in sight with Coway 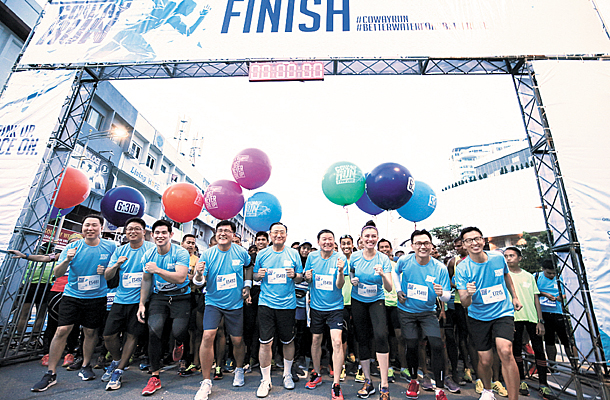 Coway hosted a Coway Run in May to promote clean water in Malaysia. [COWAY]

Coway, Korea’s leading manufacturer of water purifiers, is making strides in the global market. Last year, overseas sales totaled 332.3 billion won ($294 million), a 30 percent jump from the previous year. In the first half of 2017, Coway has already made 187.2 billion won from foreign markets, and sales are expected to reach 432 billion won by the end of the year.

In the American market, Coway’s AP-1516D air purifier is providing customers with customized solutions through an innovative three-step multi-circulation function, and the CHP-250L, a countertop model that fits on any kitchen counter, is providing clean water to customers.

By the first half of next year, Coway plans to release a dual-power air purifier to lead in the Internet of Things product category.

Across the world, Coway is generating inroads. In Malaysia, the company has been recognized as a national enterprise. Since 2006, when the Malaysian operation was first established, Coway has shown a rapid growth rate of 110 percent and ranks at the top in market share for water purifiers. It has become the No. 1 Korean brand in Malaysia, as proven by a 55 percent increase in the amount of exports compared to the previous year.

The driving force behind this growth is a halal certification in 2010, the first in the water purifier industry, which allowed the company to expand its customer base to Muslims.

Coway has also organized events to emphasize the value of clean water. In May, the company hosted a Coway Run in Malaysia with about 4,000 participants.

In Vietnam, where the problem of water pollution is serious due to rapid industrialization, Coway’s water purifiers are selling well, and the company plans to expand its sales networks in Hanoi, Ho Chi Minh City and Da Nang.

In the first half of 2017, the amount of Coway water purifiers exported to Japan jumped about 50 percent from last year, and the market share continues to increase. Since May, Coway has been advertising on television and online. They have proven effective, as the rate of access to Coway’s Japanese homepage has jumped about five times compared to the beginning of the year.

Middle East is also another market where Coway is gaining influence. In August, Coway signed a vendor contract with Entekhab Investment Development Group, the biggest home appliances company in Iran. The country is the biggest market in the Middle East with a population of about 80 million, and Entekhab will help Coway enter it by selling the Korean company’s water purifiers, air purifiers and bidets starting this year.