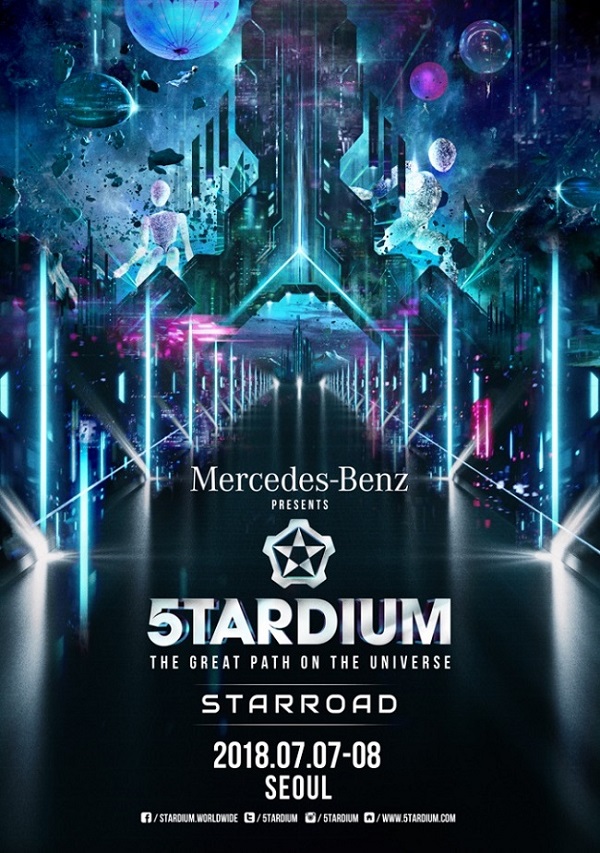 Han Ik-soo, CEO of VU ENT, a licensee of '5TARDIUM 2018', said, "This year, 5TARDIUM celebrates its 5th anniversary and sets a new slogan ‘THE GREAT PATH ON THE UNIVERSE’. ‘5TARDIUM’ will continue to work with Mercedes-Benz Korea to continue its legend of selling tickets for the past three years. And it will be placed as the best conceptual festival in Korea.”

‘5TARDIUM 2018‘ is preparing for fifth anniversary. ‘5tardium 2018’ will prepare for the first time in two days, for the 10 genre of artists. Moreover, it will show unique presence in the ‘5tardium’ with advanced performances and various experiences.