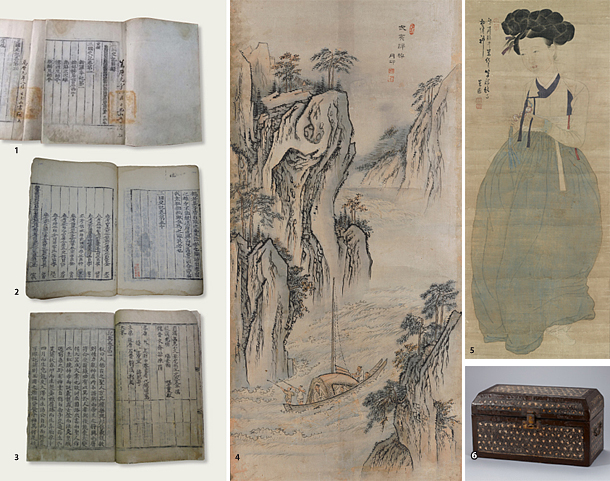 One book of the “Samguk Yusa,” or “Memorabilia of the Three Kingdoms,” and two books of “Samguk Sagi,” or “History of the Three Kingdoms,” have been designated as national treasures, according to an announcement from the Cultural Heritage Administration (CHA) on Wednesday. These books have previously been on the country’s Treasure list.

The “Samguk Sagi,” designated as National Treasure No. 322-1, was written by Kim Bu-sik (1075-1151) around 1145, the 23rd year of the reign of King Injong. It is a copy that was printed in Gyeongju in 1573 and sent to Oksanseowon Confucian Academy, where it is currently housed. According to the CHA, it is a combination of the original edition written in the Goryeo Dynasty (918-1392) and a version reprinted in early Joseon Dynasty (1392-1910). Another set of “Samguk Sagi,” including volumes 44 to 50, has also been designated as National Treasure No. 322-2, and is said to be of high value, as the two sets are evidence of the woodblock printing technique of the time.

“Samguk Yusa Volumes 1-2,” which was Treasure No. 1866, is now National Treasure No. 306-3. It is a woodblock-printed-book of the early Joseon Dynasty. Some scholars insisted it as too limited to be recognized as meaningful study material, as only two volumes among five remain today. However, many others viewed it valuable as it helped decipher the Imsin Edition (1512), which contained many indecipherable characters.

This is the third set of the “Samguk Yusa” to be a part of the National Treasure list. However, it is the first time that a scroll of “Samguk Sagi” has been designated as a National Treasure.

Meanwhile, eight paintings and a craft work have also made it to the Treasure list, including three paintings from the famous Joseon painter Danwon Kim Hong-do (1745-?). The new treasures include “Hearing a Birdsong on Horseback,” “Legendary Scene” and “Old Man Backwards on A Donkey.” Another famous Joseon painter Hyewon Sin Yun-bok’s (1758-?) “Portrait of a Beauty” also made it on the Treasure list.

“Diamond Sutra,” which was written in 1370, and the Najeon Gyeongham, a lacquered box inlaid with mother-of-pearl that was made during the Goryeo Dynasty to hold Buddhist texts, are also two of Korea’s new treasures.