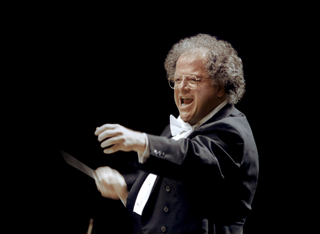 NEW YORK - Conductor James Levine sued the Metropolitan Opera on Thursday after a sexual misconduct investigation sank his storied career, saying the renowned company exploited baseless allegations to tarnish him and then fired him without so much as a phone call.

The Met and its general manager Peter Gelb, “cynically hijacking the good will of the #MeToo movement, brazenly seized on these allegations as a pretext to end a longstanding personal campaign to force Levine out of the Met,” said Levine’s suit, filed in a Manhattan court.

The suit accuses the company and Gelb of defamation and breach of contract. It seeks at least $5.8 million in damages and “to restore Levine’s name, reputation and career.”

Gelb and a spokespeople didn’t immediately respond to a request for comment.

Unleashed three days after his ouster, the suit represents Levine’s most extensive public effort to date to combat what the Met has called credible allegations of sexual abuse and harassment that go back decades.

Levine’s suit says one of his accusers sent him friendly letters for decades after their alleged encounter that never accused him of wrongdoing, and even talked of visiting. The suit says the Met wouldn’t tell Levine who some of the anonymous accusers were but acknowledged no one who worked at the opera company made a complaint about him during his 46 years there.

The opera company suspended Levine and began an investigation in December, after the New York Post and The New York Times aired allegations of sexual misconduct from three men who said it took place decades ago when they were teenage music students or aspiring conductors. A fourth man later came forward to say Levine had sexually abused him when he was a 20-year-old music student.

Levine, 74, has called the claims unfounded.

“I have not lived my life as an oppressor or an aggressor,” he said in a December statement. “My fervent hope is that in time, people will come to understand the truth.”

He hasn’t been charged with any crime. Prosecutors in Lake County, Illinois, said in December they had investigated a 1980s sexual abuse allegation but concluded that they could not bring charges, citing factors including the age of consent at the time.

But the Met said Monday that its investigation, by an outside lawyer, found “credible evidence” of “sexually abusive and harassing conduct” both before and during Levine’s tenure there.

His suit calls the investigation “nothing more than a kangaroo court” designed to force Levine out so Gelb could “advance his own career and step out of the long shadow cast by Levine’s incredible talent.”

The events have brought scrutiny upon the Met, as well as Levine.

One of the world’s most prominent opera companies, the Met has faced questions about why it didn’t act sooner, particularly since a Lake Forest detective contacted the company in October 2016.

Gelb has said he briefed Met board leaders about the police investigation and spoke to Levine. But at the time, the opera company decided to leave the matter to police, a Met spokeswoman said in December.

The Met said its own inquiry found any claims of a Met “cover-up of information relating to these issues are completely unsubstantiated.” AP