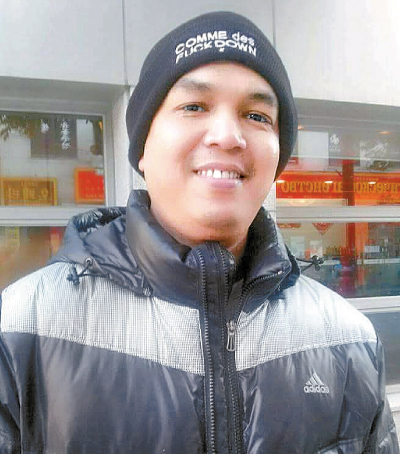 Organ donations from a 44-year-old migrant worker from Myanmar who died in a factory accident saved the lives of four Koreans and earned the gratitude of the nation.

His family in Myanmar continued his generosity, donating the 5.4 million won provided by the government to cover the cost of his medical treatment and funeral, to children in need.

Win Htut Zaw moved to Korea from Yangon in 2012 to work at an automobile parts manufacturing company in Miryang, South Gyeongsang.

On Jan. 21, a Sunday, Zaw fell in the factory, hitting his head and injuring his brain.

Zaw’s family in Myanmar often told him to rest on weekends, but he responded, “I need to work harder.”

After the accident, Zaw had surgery for subdural hemorrhaging at a university hospital in Busan. Following the surgery, Zaw’s condition improved and he was transferred to a convalescent hospital on Feb. 12.

But early the next morning, he went into cardiac arrest and was transferred back to the university hospital.

Zaw was treated in the intensive care unit for the next two weeks but his condition didn’t stabilize and he was eventually determined to be brain dead.

Zaw’s sister flew in from Myanmar right after hearing that her younger brother went into cardiac arrest.

When the doctor explained his medical condition to her on Feb. 27, she proposed donating Zaw’s organs.

Zaw’s heart, liver and kidneys were donated to four Korean patients on March 3, saving their lives.

It is rare for foreigners to donate organs in Korea, with less than two such cases annually.

Zaw’s sister agreed to donating her brother’s organs in keeping with the generous spirit of her brother during his lifetime and the family’s strong Buddhist belief.

Over the years, Zaw consistently donated money so boys from underprivileged families could undergo a Shinbyu novitiation ceremony to become novice monks of Theravada Buddhism.

He also paid for an aunt’s kidney operation.

Zaw, who was single, moved to Korea in 2012 on a working visa after being employed by a company that did business with the automobile parts factory.

He got along well with coworkers at the factory, and they celebrated his birthday with him.

He was said to have loved Korea and wanted to remain in the country.

Zaw’s funeral was held at a hospital in Miryang and he was buried in the city on March 6.

“In Myanmar, we have a Buddhist culture and strong religious convictions, so it is common to donate organs,” said Zaw’s sister.

“We believe that those that do good deeds in their lifetimes are reborn with good connections in their next life. My brother always shared with people in need, so he would have been very happy to have saved someone’s life.”

In keeping with Zaw’s charitable spirit, his family donated the money to a children’s welfare organization.
“He liked helping people,” Zaw’s 32-year-old cousin Chan Mi Zaw said. “He set aside money from his wages to help out orphans and the elderly in Myanmar.”

Korean Ambassador to Myanmar Lee Sang-hwa said he intends to express condolences to Zaw’s bereaved family and also convey his thanks in person once they return to their country.

“The generosity of Win Htut Zaw represents the most important part of our New South Policy, moving people from heart to heart,” said Lee, referring to Korea’s vision to strengthen ties with Southeast Asian countries.

The Korean Association in Myanmar also plans to donate to a scholarship fund for the school Zaw graduated from and is planning to establish a welfare fund in honor of Zaw, Lee added.