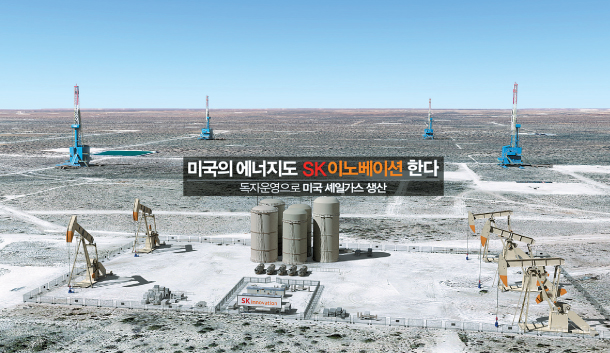 SK Innovation is launching a business PR campaign containing images that show that it is an innovative energy petrochemical company.

On March 22, SK Innovation launched the fourth advertisement in its “Big Picture of Innovation” series using the hyperlapse technique. The company also plans to continue artvertising, which is an innovative combination of specialized art and advertising.

Hyperlapse is a form of time-lapse where many photographs of the same fixed object or place are reproduced at a certain speed. Video artist Matteo Archondis, who gained attention for his hyperlapse video made using Google Earth satellite photos, has participated in the campaign.

SK Innovation said the company tried to show its development toward being a successful energy petrochemical company with “Deep Change 2.0” shared infrastructure and a “blue ocean shift.”

A total of 1,800 satellite photos of the world were chosen for this campaign. The impressive scale of the satellite photos and the speed of 30 photos per second created an innovative video.

Through the video, the audience can meet SK Innovation by traveling 22,000 kilometers (13,670 miles) to Europe, the biggest market for electronic cars, a chemical complex in China, a mine in Oklahoma and Russia, which needs high-quality lubricant.

Since 2016, the company has been running the “Innovation’s Big Picture” PR campaign using different art techniques including a live drawing show, Evreux and Cymatics. Google Earth was added to this year’s hyperlapse technique because of its visual beauty.