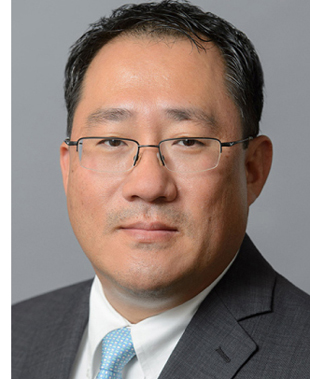 The director of Johns Hopkins University’s U.S.-Korea Institute (USKI) said in a statement Thursday that the way in which the South Korean government cut funding to the 12-year-old think tank was “appalling.”

South Korea’s government-affiliated Korea Institute for International Economic Policy (KIEP) notified the university earlier this month that it would stop funding the USKI after May. The institute, which has become a fixture among followers of Korean Peninsula affairs for its analysis of satellite imagery from North Korea, is expected to be shuttered on May 11.

“Of course, it is KIEP’s right to stop funding USKI if they are dissatisfied with our performance,” Jae H. Ku, director of the USKI, said in his statement. “But the manner in which this happened was appalling. The continued demands for personnel changes and the operational rules they sought to impose were simply unacceptable both to USKI and to SAIS,” referring to the Johns Hopkins School of Advanced International Studies, where the institute is based.

However, Ku later retracted his statement. SAIS expects to issue an official statement on the matter soon.

The South Korean government’s decision to cease funding the institute, the only Washington think tank specializing in Korean Peninsula affairs, has garnered criticism for being politically motivated. Ku, who has led the institute for 11 years, is said to have close ties with members of the conservative Lee Myung-bak administration. The current president, Moon Jae-in, is a liberal.

Moon’s office denied it had any role in cutting off funds to the USKI. The KIEP said it acted independently. The Korean government also denied the institute’s claims that it requested the replacement of Ku and the assistant director, Jenny Town.

The KIEP argued that its decision to stop funding was in compliance with a request from the National Assembly to increase transparency of its programs. A National Assembly committee last August said the USKI’s budget and management have lacked transparency over the years, and that the institute has not produced substantive results.

In his statement, Ku said the USKI had provided the KIEP with financial records to the best of its ability.

“USKI has addressed KIEP’s growing demands for greater detail in our budget reporting, even though per SAIS’s contract terms with KIEP, which is negotiated and signed by KEIP and SAIS each year, we were not legally obligated to provide beyond what SAIS officially reports at the end of the grant cycle,” he said. “In fact, the budget template that we are currently using was provided to USKI by KIEP.”

Robert Gallucci, chairman of the USKI, has accused the presidential office of meddling in academic affairs by trying to replace its director and assistant director.

“This is a peculiar time to decide to screw with an institute whose purpose is ROK-U.S. relations, just when you have got two summits coming up,” Gallucci told The Associated Press, referring to South Korea by its official name, the Republic of Korea. “I mean, could you take any more careful aim at your foot?”

A summit between South Korean President Moon and North Korean leader Kim Jong-un is scheduled to take place on April 27. It will be the first time both leaders are meeting face to face and the third inter-Korean summit. The last one took place in 2007 between Kim’s father, Kim Jong-il, and Moon’s mentor, Roh Moo-hyun.

The inter-Korean summit could be followed by a meeting between Kim Jong-un and U.S. President Donald Trump, which would be the first between a North Korean and American leader. It is expected to take place in late May or early June.

The USKI plans to continue operating its satellite imagery analysis website, 38 North, as an independent project through separate donations from the Carnegie Corporation and MacArthur Foundation. It will be run by the website’s founder, Joel Wit, a former U.S. State Department official and negotiator with North Korea.