Gearing up and getting psyched for Ultra : ‘Non-Summit’ star Blair Williams says annual fest is a ‘blast’

Gearing up and getting psyched for Ultra : ‘Non-Summit’ star Blair Williams says annual fest is a ‘blast’ 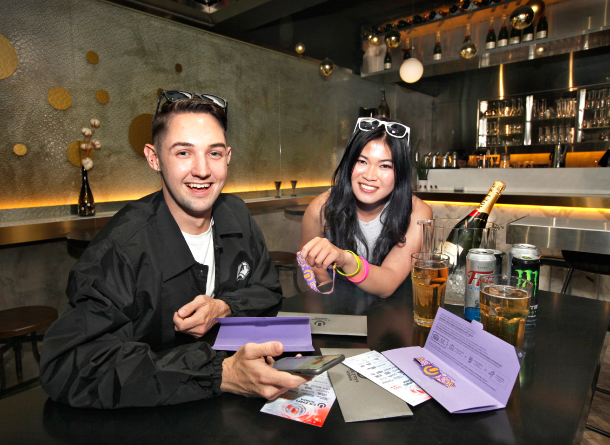 Blair Williams, left, meets with his friends at a bar in Itaewon, central Seoul, to gear up for the upcoming Ultra Music Festival Korea which is kicking off at Jamsil Sports Complex on June 8. [PARK SANG-MOON]

On Blair Williams’ calendar, the 26-year-old Australian who appeared on JTBC’s “Non-Summit,” a big red star and the word “Party!” takes up three dates - June 8, 9 and 10. These are the dates of this year’s Ultra Music Festival, or Ultra Korea, which will be held at the Jamsil Sports Complex in southern Seoul. In fact, even before the line-up was announced, he purchased an early bird, three-day Premium General Admission (PGA) ticket last October. The premium ticket allows him to access the express lane to enter the festival as well as use exclusive restrooms, bars and rest areas reserved for PGA ticket holders.

This three-day party is the Korean edition of the popular Ultra Music Festival based in Miami. Despite the fact that electronic dance music was relatively unfamiliar to Korean festival-goers back in 2012, the festival had attracted 50,000 people. Last year’s two-day festival attracted some 120,000 people.

“I don’t have doubts about the festival’s line-up,” said Williams, explaining why he purchased an early bird ticket. “As expected, when they recently announced the first and the second batch of participating artists, I got super excited.”

Music festivals have become one of the hottest cultural events that young Koreans and foreigners in Korea enjoy as soon as the weather gets warmer. The number of music festivals has increased in recent years, and this year the number has reached around 30. They differ in genre, but among electronic dance music festivals, Ultra Korea is the biggest, and many attendees fly in from all over the world.

“I will be going to the festival with my friends from Australia who live in Korea,” said Williams, “but I also have other friends flying in from Hong Kong and Shanghai.”

As soon as the first and second phase of artists were announced, Williams updated his playlist and got into the festival mood. 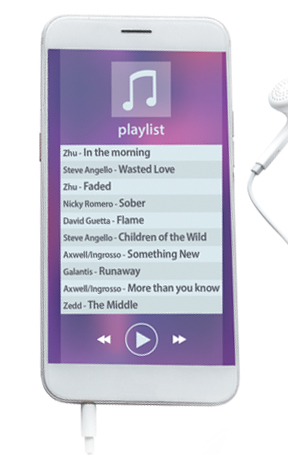 “This year’s line-up is really the best,” said Williams. “I hope Swedish House Mafia reunite and perform at Ultra Korea as Axwell, [Sebastian] Ingrosso and Steve Angello will all be at the festival.”

This year’s line-up, according to organizers, is very similar to the lineup at March’s UMF Miami, which included The Chainsmokers, Zedd, David Guetta, Above & Beyond, Ice Cube, Modestep, RL Grime, among many others. About 100 artists will perform at four different stages.

Williams got together with some of his friends who will be going to the festival on May 28 at a bar in Itaewon, central Seoul, for a small pre-festival gathering. They chatted about what they would be wearing to the festival and listened to music by some of the artists who would be performing to “get the feel of the festival.”

Why is Williams so psyched about a music festival?

He says music festivals are different everywhere because the culture and festivals in Korea are one of a kind.

“I am super excited about Ultra Korea because first of all, I love EDM,” said Williams. “It is just so upbeat and fun to jam to. It’s a mood booster. You can turn it on any time, anywhere and immediately change the atmosphere.”

“Having that said,” Williams continued, “going to an EDM festival in Korea is a blast. Korean crowds seem to be more organized and I can see that everyone is there to really have fun and enjoy themselves. And one more thing, everyone’s really fashionable there.”

At the upcoming festival, Williams will be sporting a so-called gorpcore look, by fashionably mixing and matching outdoor apparel, with his “ugly pretty sneakers.”