Exhibition examines the anatomy of hangul

Exhibition examines the anatomy of hangul 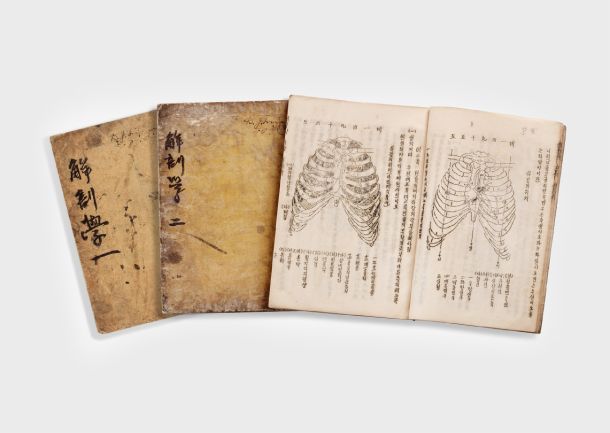 Understanding the human body and what it is made up of is essential to understanding yourself, and key to enjoying a healthy life. In 1906, the very first book on anatomy written in Korean was published, allowing Koreans to broaden their knowledge about medicine and the functions of the human body.

The National Hangeul Museum in central Seoul recently kicked off a special exhibition focusing on the human body, titled “I Am the Body - The Anatomy of Hangeul in the Enlightenment Period.”

The exhibition may seem more suited for a science museum or a hospital lobby, but the book’s significance to the Korean language makes it a perfect fit for the National Hangeul Museum.

By showcasing the first book on the human anatomy in hangul along with relics and texts used in the Joseon Dynasty, the museum attempts to show how Koreans’ understanding of the human body has changed with the development of the Korean language.

Before the introduction of the textbook in 1906, Korean physicians indirectly treated illnesses using herbal medicine and acupuncture. Incisions into the body were taboo, unlike the Western practice of cutting a person open to treat an organ.

“We got a hold of the book known as ‘Haebuhak,’ through an open purchase in 2016,” said National Hangeul Museum director Park Young-gook. “The book in the museum is the first complete ‘Haebuhak’ book to be published, and is being revealed for the first time at this exhibition.”

“There have been many exhibitions about medicine, but an exhibition [like this] that focuses on the Korean glossary of the human anatomy and culture is probably a first in the country. We tried to organize an exhibition that isn’t two-dimensional.” 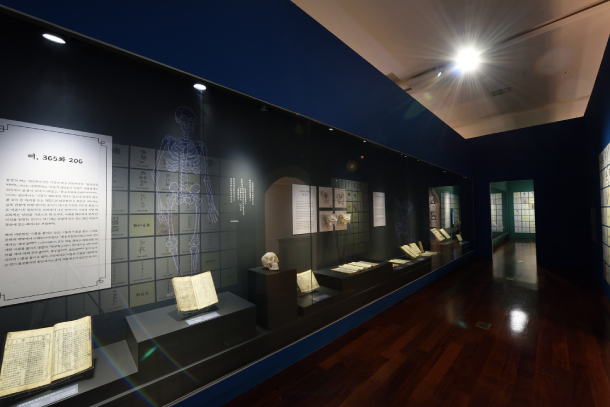 The National Hangeul Museum in central Seoul is holding an exhibition about understanding the human body with the Korean alphabet, hangul. “I Am the Body - The Anatomy of Hangeul in the Enlightenment Period” runs until Oct. 14. [NATIONAL HANGEUL MUSEUM]

The exhibition is divided into three parts: “A New Era in Knowledge of the Human Body,” “Redefining the Human Body” and “The First Anatomy Textbook in Hangeul.” And it showcases not only the anatomy textbook, but also 127 artifacts related to the study of anatomy.

The first part of the exhibition recounts how the traditional Korean view of the human body differed from the West and how Korea eventually embraced Western medicine. The second part dives into the history of the Korean language and literature related to the human body.

The final section of the exhibition displays a documentary video of Kim Pil-sun, the anatomy book’s translator, and American missionary professor and Doctor Oliver R. Avison overcoming their repeated failures in compiling and publishing a Korean-language anatomy textbook. With their efforts, basic medical words such as sepo, meaning “cell” and singyeong, meaning “nerve” became common and natural in everyday conversation.

“Through the exhibition, we wanted to show that how we live today is a result of the harmony of traditional and Western ideas.”

The exhibition runs until Oct. 14. Admission is free. The museum provides a guided tour in English (Wednesday), Chinese (Thursday) and Japanese (Friday) at 2 p.m. upon reservation. For more information, visit www.hangeul.go.kr or call (02) 2124-6200.