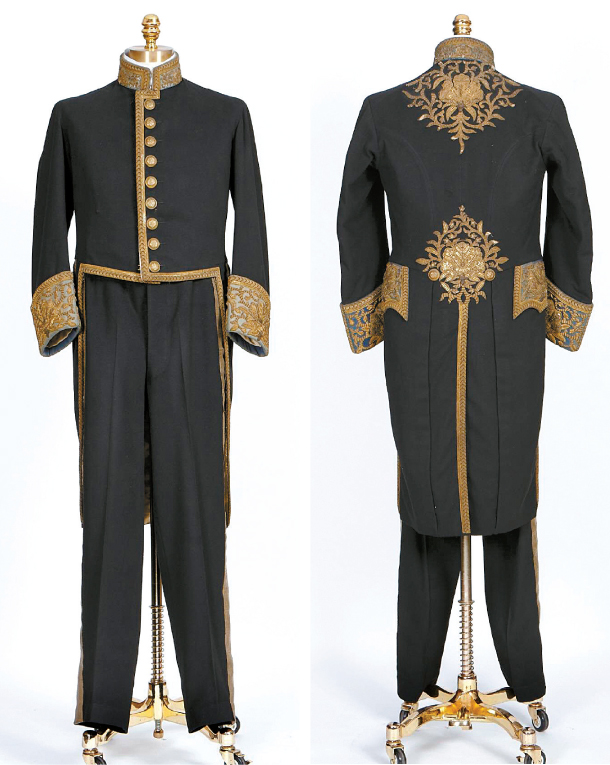 A western-style ceremonial robe for a civil servant during the Korean Empire (1897-1910) that had been believed to no longer exist has been found, according to Lee Kyung-mee, a professor at the department of clothing industry at Hankyong National University, on Monday. The Korean Empire made its first western-style ceremonial robe for officials in April 1900 to declare its arrival to the international stage, changed it in 1904 and then again in 1906. Though the first and second versions remain and are preserved by national museums around the country, no versions of the robe made after 1906 had been confirmed until Monday. The post-1906 robes have no badges or emblems on the front, and have a mugunghwa, Korea’s national flower, embroidered in gold on the back. The robe will be on display to the public on Oct. 12 at Deoksu Palace in central Seoul. [CULTURAL HERITAGE ADMINISTRATION]