Koreas to excavate palace together: South and North agree to resume researching Manwoldae in Kaesong

Koreas to excavate palace together: South and North agree to resume researching Manwoldae in Kaesong 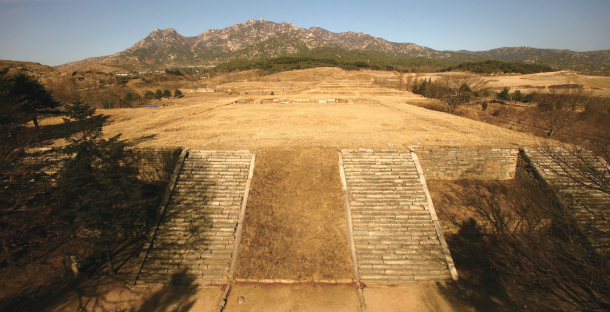 Manwoldae is a 10th-century royal palace complex that used to stand during the Goryeo Dynasty (918-1392) near the border city of Kaesong. South and North Korea will resume the joint excavation of this vast site on Sept. 27. [CULTURAL HERITAGE ADMINISTRATION]

Amid eased tensions between the two Koreas, organizations from South and North Korea decided to resume the joint excavation of Manwoldae, a 10th-century royal palace complex that stood near the border city of Kaesong during the Goryeo Dynasty (918-1392), the Cultural Heritage Administration announced on Tuesday. The project will begin on Sept. 27 and work will last for three months.

“There is no border when it comes to cultural heritage,” said Chung Jae-suk, the newly appointed head of the Cultural Heritage Administration at her first press briefing with local reporters on Tuesday in central Seoul.

“I believe the two Koreas are connected through their shared cultural heritage, and therefore, the administration will make sure all Koreans get to enjoy our cultural assets fully, regardless of their location.”

The joint project of excavating Manwoldae was initiated in 2007, but came to a halt in 2015 after escalating tensions following a series of missile and nuclear tests by North Korea.

A total of seven rounds of excavation were conducted on this vast historical site that spans 250,000 square meters (61 acres), revealing traces of 40 buildings and some 16,500 relics.

According to the Cultural Heritage Administration, the two Koreas will hold a ceremony to celebrate the resumption of the excavation on Oct. 2, and it will be attended by officials from both countries. 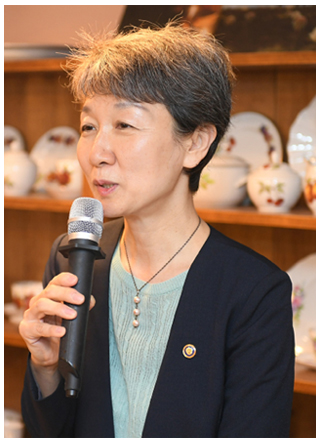 Chung Jae-suk, the new head of the Cultural Heritage Administration, speaks during a press conference on Tuesday in central Seoul. [CULTURAL HERITAGE ADMINISTRATION]

The two Koreas will also attempt to jointly add traditional wrestling known as ssireum on the Unesco’s Intangible Cultural Heritage list. According to Chung, the administration has already submitted documents for the registration of ssireum, and as they know, North Korea has done this, too. But during the recent working-level talks between officials of the two Koreas, they agreed to send a letter announcing a joint bid. North Korea attempted to register ssireum in 2016, but failed to make the list. The decision will be made during a meeting of the Intergovernmental Committee for the Safeguarding of the Intangible Cultural Heritage in November.

Meanwhile, Chung, a former journalist who was appointed to the Cultural Heritage Administration on Aug. 30, revealed her vision for the organization during the press conference.

“Until few days ago, I was among you as one of the reporters, writing about our cultural heritage, looking at what the administration is doing with piercing eyes,” said Chung.

“As a former journalist, I will make sure to implement the policies and initiate programs that cater to the public with the spirit of a journalist.”

Referring to the tragic fire at the National Museum of Brazil, Chung insisted that she will place importance on safeguarding cultural heritages.

“Damaged cultural heritage can never be restored to its original state,” she said.

Chung also said that as a journalist, she was upset with how the administration had been so cautious with relics that they hardly ever came out of storage.

“It’s the taxpayers’ money that we use to preserve and maintain the cultural assets. Therefore, we should at least do as much as we can to share them with the public,” Chung said.