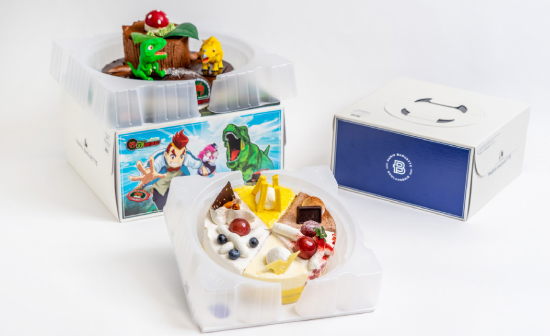 Paris Baguette launched Paba Delivery, an online delivery service — a first for the domestic bakery franchise industry — on Sept. 1. This has led to changes in the bakery delivery market, which was limited due to concerns of cakes getting damaged.

To overcome this issue, Paris Baguette has designed and patented a special box to be used for cake deliveries. The new box is built to minimize the movement of the cake and to prevent it from being damaged during transit.

The new box has a special section that suspends the cake between two semicircular disks, preventing it from being damaged regardless of shape and demand, as well as space where ice can be added to keep the cake fresh without putting it at risk.

“We have completed the patent registration for the package, which was developed to deliver the original product to consumers without any damage,” said a spokesperson from Paris Baguette. “We will continue to strive to provide services that will satisfy both merchants and consumers.”