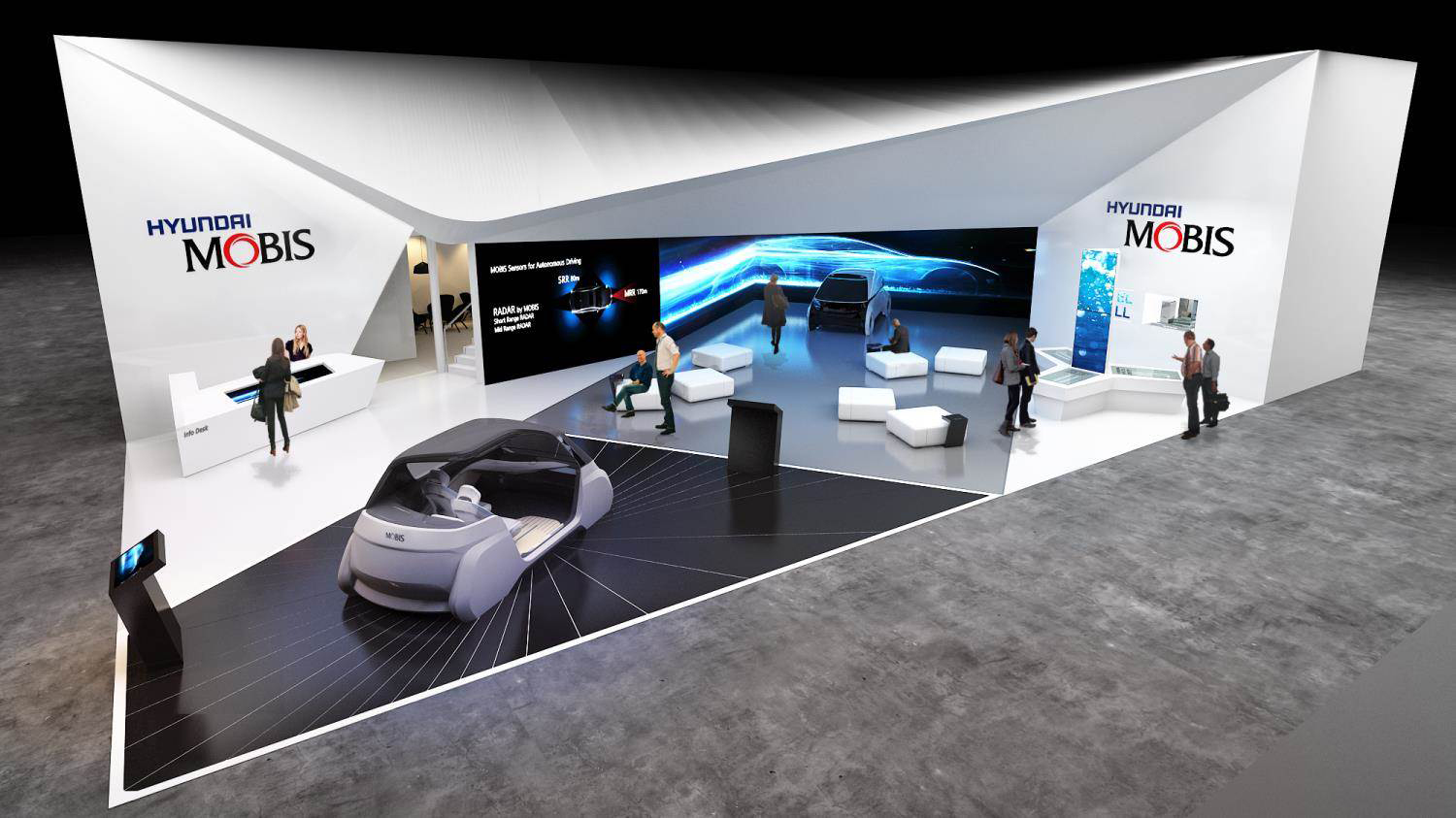 CES is expected to focus on artificial intelligence (AI) and high-speed communications. High-tech solutions for automobiles including are expecting to play an especially prominent role at the January event.

Hyundai Mobis hopes to present its leading and future-oriented brand image under the theme Focus on the Future.

Hyundai Mobis, which has been participating in CES since 2016, has introduced new technologies related to futuristic vehicles including an autonomous driving system that activates in emergencies, the Departed Driver Rescue and Exit Maneuver system, Intelligent Virtual Secretary, and the e-Corner Module, an integrated, modular platform designed for electric vehicles.

The autonomous driving infotainment system includes a windshield that will evolve into a whole panel of displays in the future. To ensure driving is still safe, windshields will remain transparent when cars are being driven manually, but when the vehicle is driving itself the windshield will become a dark display panel used to view everything from navigation updates to movies.

Communication lighting is a new concept that allows the vehicle to communicate with other cars or pedestrians using motorized lights. It embodies Hyundai Mobis' vision of developing lamps utilizing various sensor technologies.

Hyundai Mobis is hoping to find new customers from around the world at CES.

The company will set up a private booth to display its new products and technology and welcome global automakers and parts suppliers. It is estimated that about 25,000 visitors attended the Hyundai Mobis exhibit last year. Among them, 20 overseas companies, about 140 buyers, viewed the cutting-edge technology and looked for additional cooperation opportunities.

“This year at CES, Hyundai Mobis will give attendees, and the world, a broad-spectrum view of how the vehicle of the future will evolve as the role of the driver transitions into a passenger,” said Chang Jae-ho, senior vice president and head of the electrical and electronics R&D center at Hyundai Mobis. “In the era of autonomous driving, there is no distinction between driver and passenger, and the car itself will act as a smart device and platform.”