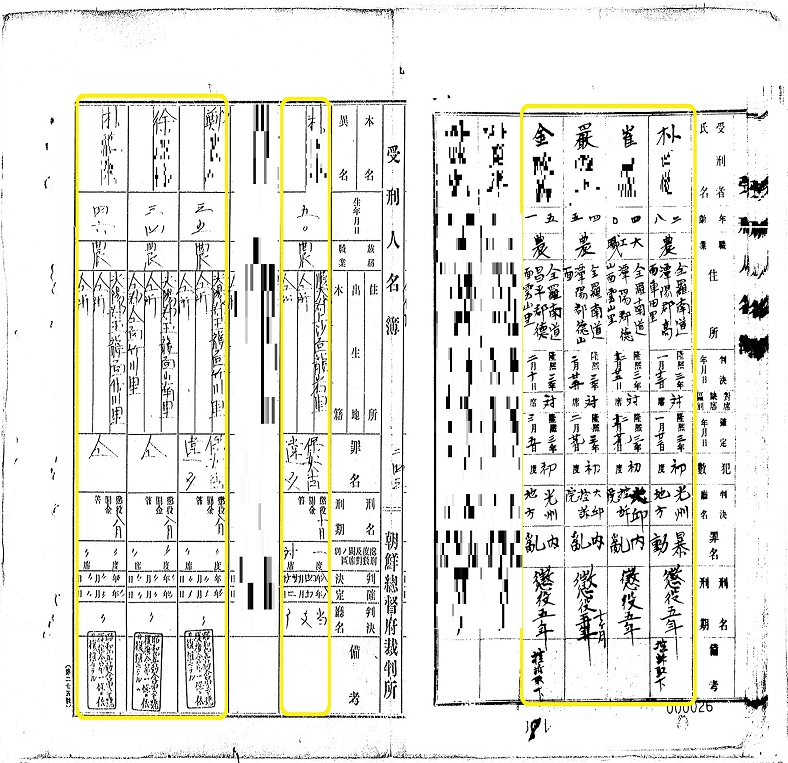 After analyzing old prison records, the Korean government confirmed Thursday there were 5,323 independence fighters imprisoned for resisting Japan’s colonial rule over the peninsula, and 2,487 have yet to be recognized.

The Korean Ministry of Patriots and Veterans Affairs conducted an eight-month study into records of prison inmates from 1908 to 1945 to mark the 100th anniversary of the March 1 Independence Movement this year.

The March 1, 1919, independence movement began in Seoul and spread nationwide as a non-violent civil resistance against Japanese colonial rule of the Korean Peninsula, which lasted from 1910 to 1945.

The extensive survey took place from last March to November, and researchers visited 1,621 rural and provincial offices nationwide to collect data and comprehensively analyze colonial-era prison records. The ministry cooperated with the National Archives of Korea and city, county and town officials during its research.

The study found that of 5,323 Koreans convicted for taking part in independence activities, 1,985 were from the Gwangju and South Jeolla region, 1,205 from Daejeon and South Chungcheong, 545 from Incheon and Gyeonggi, 404 from Daegu and North Gyeongsang, 214 from Jeju Island, 198 from Busan and South Gyeongsang and 102 from Seoul.

Of the 2,487 unrecognized independence activists brought to light, 727 were from the Gwangju and South Jeolla region, 719 from Daejeon and South Chungcheong, 389 from Incheon and Gyeonggi, 167 from Daegu and North Gyeongsang, 120 from Busan, Ulsan and South Gyeongsang region and 79 from Seoul.

Notably, records from the Gwangju District Court showed that of 2,626 convicted activists, 86.9 percent, or 2,282 people, were given jail sentences or worse - including nine who were sentenced to life imprisonment and 66 awarded the death penalty. Many took part in the Honam Righteous Army, which was active in the Gwangju and Jeolla region, and the March 1 movement, according to the ministry.

Lists of individuals convicted in the colonial era include their full name, family register location, address, the trial date, charges, term of imprisonment and other details which the ministry said are “key data to prove individuals’ independence activities” in order to recognize and reward them appropriately.

Such prison rosters that record the activities of the rural independence fighters had not been transferred to the National Archives, which manages lists of government-recognized patriots. For a long time, scholars have called for a survey to collect the lists, which led to the nationwide study, a part of government efforts to “remember and reward the sacrifice” of activists during Japan’s colonial rule.

“Through this survey, we will confirm and review the independence activities of the prisoners who have yet to be recognized as we mark the centennial of the March 1 movement,” said a Veterans Affairs Ministry official Thursday.