[National Treasure] Memorial tablets for a king and queen

[National Treasure] Memorial tablets for a king and queen 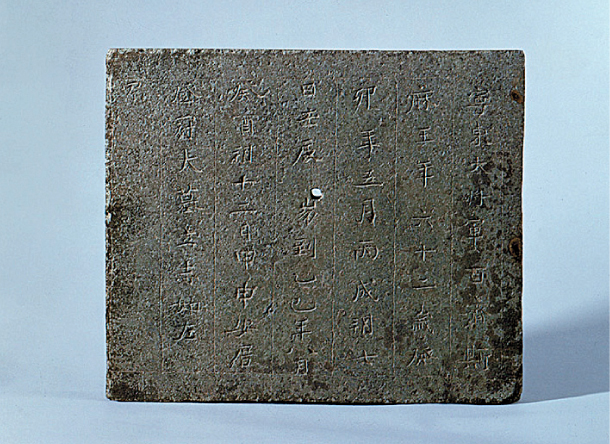 
There are two stone memorial tablets for King Muryeong, the 25th King of Baekje, and his Queen Consort.

The front of the tablet in the photograph is inscribed with six lines of historical records, each line measuring 5 to 6 centimeters (1.9 to 2.4 inches).

They coincide with the records of King Muryeong in Samguk Sagi (History of the Three Kingdoms).

The back of the memorial tablet is inscribed with a square, which indicates 12 directions.

The Queen’s memorial tablet has 13 lines, four of which are filled with inscriptions, each measuring 2.5 to 2.8 centimeters.

The back of the tablet is inscribed with maejimun, certificate of ownership of the land.

Initially the certificate was inscribed on a stone tablet when King Muryeong was buried, and its back was later used for Queen’s memorial tablet when she was buried next to the King.

This memorial tablet is considered one of the most valuable relics, enabling the archaeologists to pinpoint the exact attribution of the tombs in the Three Kingdoms Era, as well as to understand the funeral culture of Baekje.