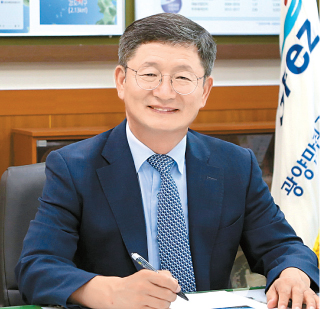 Inside GFEZ, the different industrial complexes have different expansion plans.

The Sepung Industrial Complex is planning to launch new development projects to attract value-added chemical materials and biochemical-related companies. It will attract foreign investment by taking advantage of free trade agreements and its excellent location to establish a new growth industry foundation centering on the Korea Testing & Research Institute (KTR).

The Yulchon Industrial Complex will attract additional investment in lithium and nickel production facilities following Posco’s anode production plant. It will continue to attract secondary industries to grow its ecosystem.

The Haeryong Industrial Complex is planning to foster the manufacturing industry by constructing ultra-light metal materials such as magnesium.

In addition, GFEZ will actively promote investment for the presale of Daesong Industrial Complex, which is scheduled to be completed by the end of the year. It will concentrate on facilitating the development of Hadong District by attracting educational research institutes related to ocean plant tests and research institutes.

Below is an edited interview with GFEZ Commissioner Kim Kap-sup


Q. How does it feel to be appointed as GFEZ commissioner.

A. I feel a huge responsibility taking charge of GFEZ. The most important thing this year is to maintain a virtuous cycle by attracting more investment. I will push ahead with the development of Sepung, Yulchon, Hwanggeum and Hadong Industrial Complexes according to the plan. Also, I will strengthen customized corporate support services for firms in industrial complexes.

What makes GFEZ competitive compared to the seven other free economic zones?

The Gwangyang Bay Area makes procuring raw materials convenient and is well placed for connections with nearby complexes such as the Yeosu National Petrochemical Industrial Complex and Posco’s Gwangyang Steel Mill. Gwangyang Port has the second-largest container pier after Busan Port and the road network is connected to five major transportation routes including the KTX and numerous airports. Gwangyang Bay also provides excellent residential conditions due to the abundant cultural tourism resources and warm climate.

How will GFEZ create a smooth investment environment?

We are planning to attract companies for investment that can generate synergy with Posco’s Gwangyang Steel Mill and Yeosu National Petrochemical Industrial Complex. Also, we will put effort into cultivating tourism and leisure and fostering Gwangyang Port as an international logistics center. In addition, we are planning to spur investment attraction through the free trade agreement with China.

What is the current progress of the Gwangyang Bay Industrial Complex?

Posco ESM and other secondary battery material complexes are entering the Gwangyang Bay area. What does it mean in terms of new growth industries?

How is the tourism development in Yeosu Hwayang District and the economic free zone going?

Yeosu Hwayang District is widely known for its beautiful scenery with the sea and islands. It is expected that the development project will gather momentum after the passage of a Yeosu city planning measure last year. In order to expand investment into the United States, we will continue to explore new domestic and overseas businesses and devote ourselves to attracting foreign capital, including from China.

Mirae Asset is also planning to attract a large amount of domestic and overseas capital to construct a large-scale resort. If the bridge construction project goes through, the synergy effect of the two regions will create the best marine tourism complex in Asia.