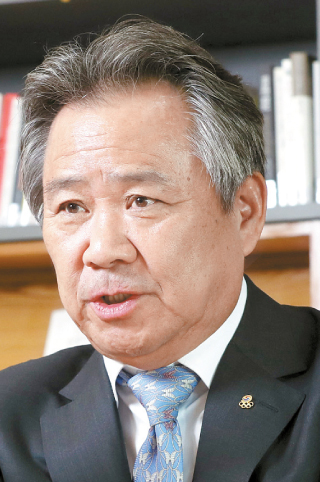 During the 134th session of the IOC, Lee, who was nominated for membership in May, won 57 of 62 votes. He is among 10 newly appointed members; seven individual members and three linked to national or regional Olympic committees. As the head of KSOC, Lee is in the latter group.

With the addition of the 10 new members, the IOC now has a total of 105 members.

By winning the votes, Lee became one of two active Korean IOC members and the 11th Korean to serve on the IOC.

Along with Lee, Ryu Seung-min, 2004 Olympic gold medalist in table tennis and president of the Korea Table Tennis Association, is also an IOC member. Ryu became a member of the IOC’s Athletes’ Commission in August 2016, and his term will end in 2024.

At international sporting events, he led Team Korea at the 2010 Guangzhou Asian Games and the 2012 Olympics Games in London.

Lee will be given an eight-year term as an IOC member, but he will have to retain his position as the president of KSOC throughout the time, since he earned his spot because he is linked to the Olympic movement through that position. Due to this, Lee will have to be re-elected once his term as KSOC president expires in February 2021.

Although members serve an eight-year term, Lee will only serve six, until he turns 70, due an IOC age limit.