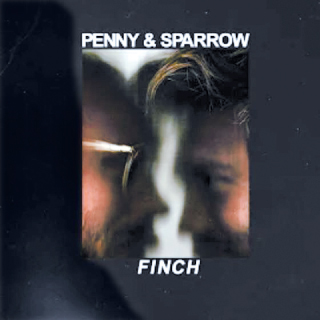 Label: I Love You

Texas-raised duo Penny & Sparrow had to do some heavy touring to truly search their souls. They explore the resulting range of emotions and deliver it on their sixth album “Finch,” an effort thick with gorgeous tales of personal transformation.

Band members Andy Baxter and Kyle Jahnke were both raised in a conservative climate and sought to break free from the “white Evangelical Christian male” perspective that shaped their early surroundings, the band explains in liner notes.

Sonically, there is a smooth and soaring feel to most of the tracks, yet each has its own distinct energy. “Recuerda” is a love song heavy on crooning, while “Don’t Wanna Be Without Ya” gives way to a galloping pace as the concept of reincarnated lovers is explored.

It’s Americana with a designer shirt. The traditional elements are there, but they’re layered with a modern sheen that sets the songs apart.