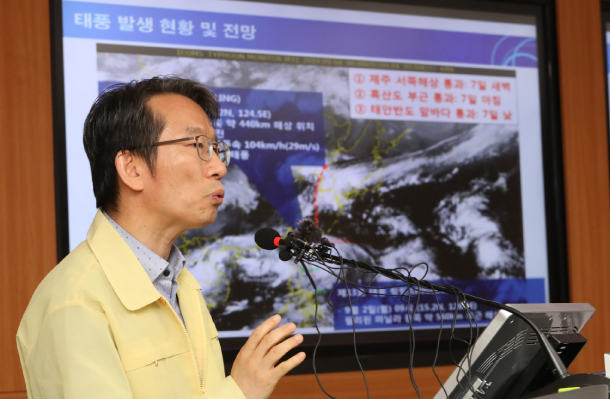 An official gives a briefing at the Korea Meteorological Administration (KMA) in Dongjak District, southern Seoul, predicting the route of Typhoon Lingling, forecasted to affect the country as early as Friday, with strong winds feared to cause the most damage. The typhoon is slowly moving northward from seas east of Taipei but is expected to pick up speed and directly affect the country by Friday, according to the KMA. At the current speed, a typhoon warning is forecast to be in place on Friday for Jeju Island and expand to Seoul and Gyeonggi and Gangwon provinces on Saturday afternoon. [YONHAP]