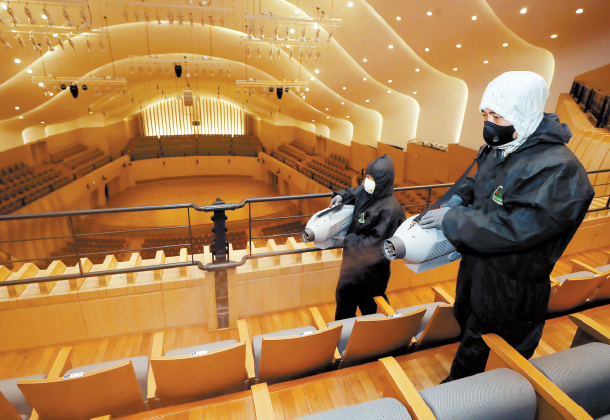 Officials disinfect Arts Center Incheon in the Songdo International Business District. Many cultural venues throughout the country have decided to lock their doors in an attempt to fight the outbreak. [YONHAP]

As the number of confirmed cases of coronavirus grow rapidly across the country, many performances and concerts are being canceled or postponed, while some have no choice but to call their shows off as venues are closing their doors to prevent further spread of the virus.

Many classical concerts featuring invited artists from overseas are being canceled or moved back to the later half of the year as the artists are hesitant to travel to Korea.

The Korea JoongAng Daily has compiled a list of classical events in Seoul that are being affected. 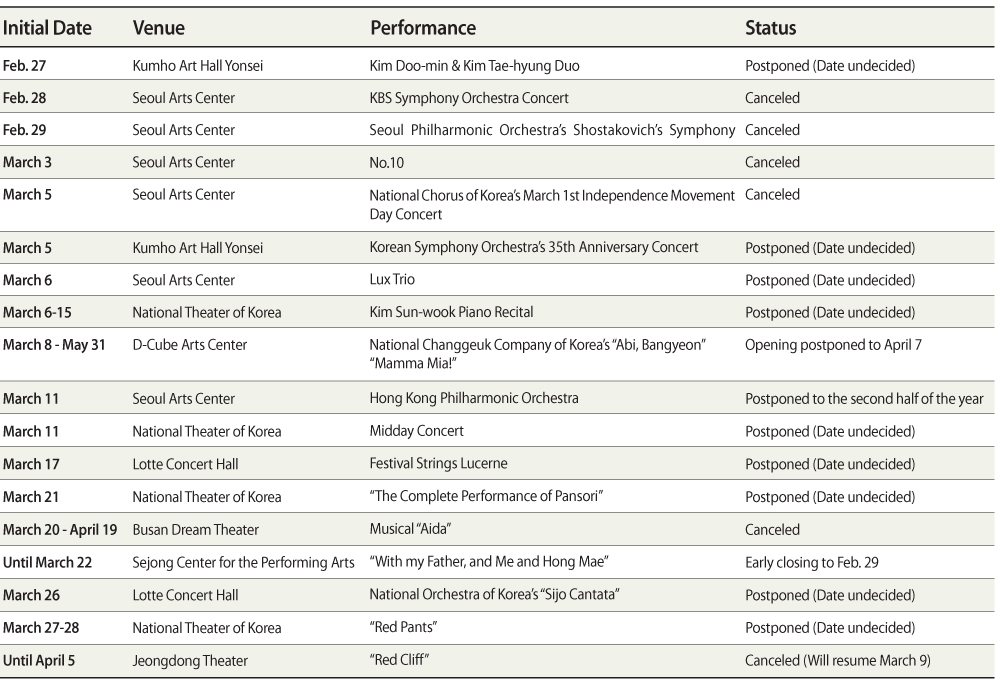